Located in Sierra County near the town of La Porte (which is not a ghost town), Port Wine had its beginnings in early 1850. Stories about the naming of the town include miners finding a barrel of Port hidden in the bushes and another story tells of finding a keg of cognac. No one knows now.

By 1851 surface mining had declined, but hydraulic mining instilled new life into the area. An 1863 newspaper article described Port Wine as a religious and sober town with a strong Welsh presence. However, there were still a number of saloons in town, so they couldn’t have been that uptight. That wasn’t all though – there were also boarding houses, barbers, hotels, livery stables, merchants, blacksmiths, a Wells Fargo Express office and even a post office. Port Wine even had an active ski racing club and competed against other mining towns in the area. It was a proper town in other words…

The images immediately below and another farther below are from an outstanding and exhaustively researched book on the ghost towns and mines of this area entitled Roar of the Monitors by Jann E. Garvis. I’ll discuss this book more in a future post, but know that I heartily endorse it. And if you’re interested in this area’s history, you’ll find a gold mine of information in here.

This was Port Wine in its prime:

And this is Port Wine today after the legacy of hydraulic mining: 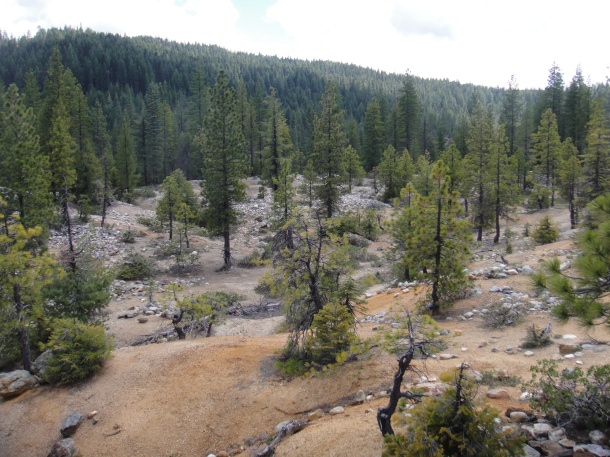 In the hills in the background of this picture, you can see additional evidence of hydraulic mining activity: 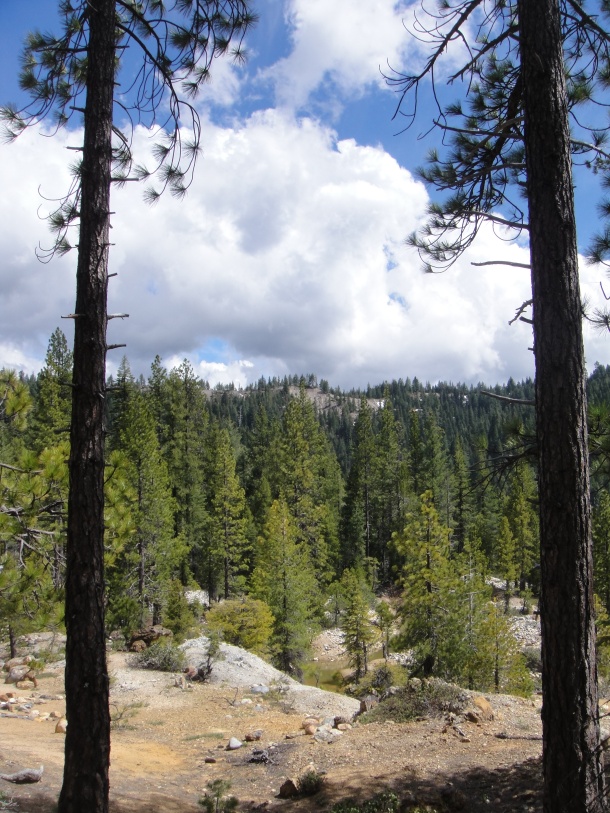 Hydraulic mining eventually consumed (literally) the town of Port Wine. This site used to be a hill on which a portion of the town rested:

This is a view from above down onto the same site: 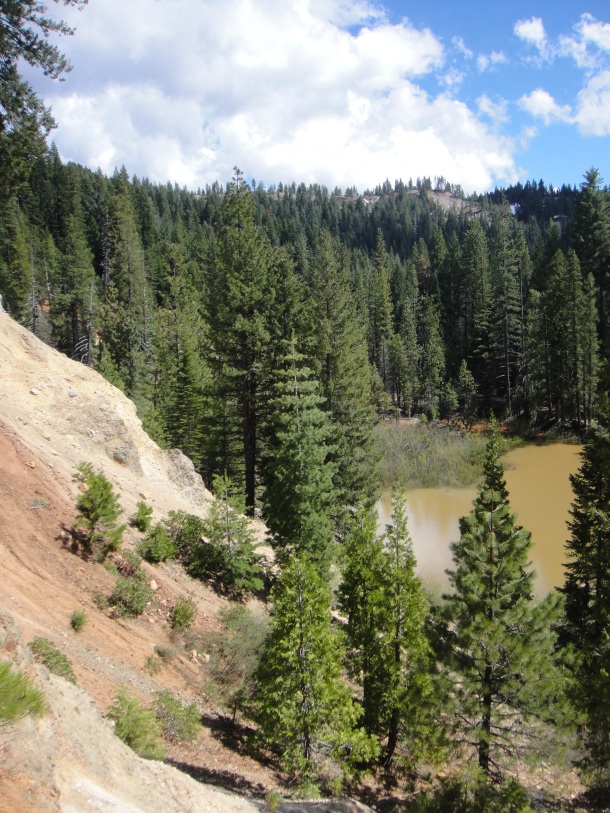 Not much exists up here now aside from some foundations: 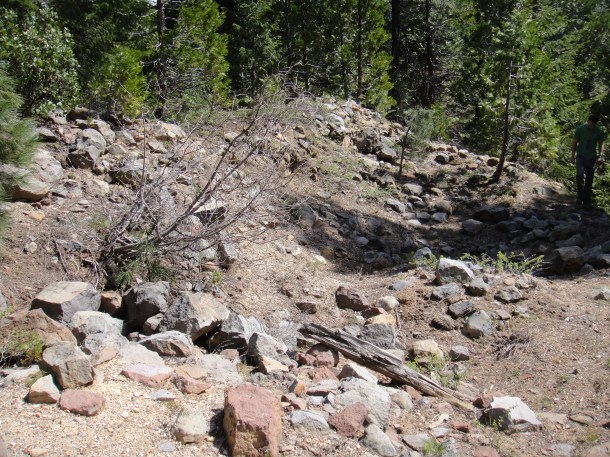 Or the remains of hydraulic mining gear: 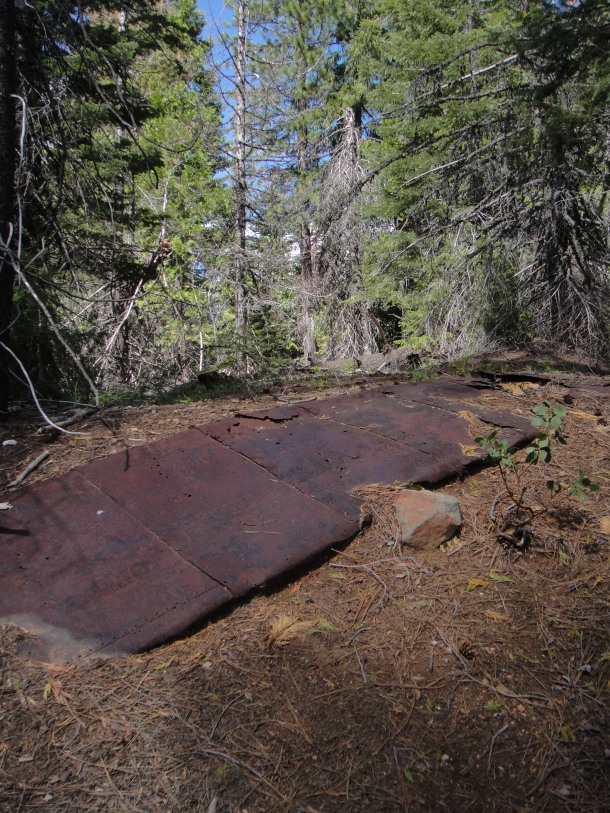 However, there is one structure that has held up better than the others (relatively speaking). At first we assumed this was the Wells Fargo building, but some later research on my part revealed this to be a former store owned by the Kleckner Brothers (Abraham and Amandes).

Here’s how the structure looked in better days: 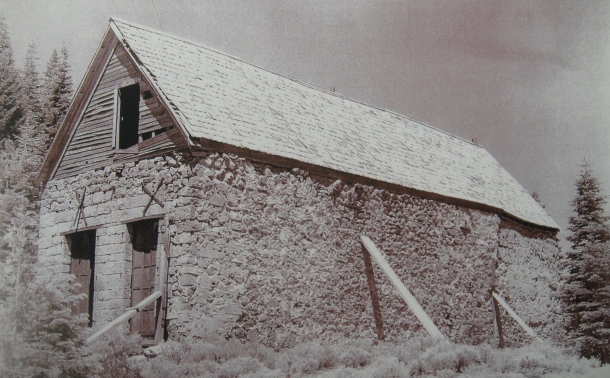 To the right of the hydraulic mining area pictured above, one can find the Port Wine Cemetery. A forest fire seems to have come through the area last year which has done no favors in preserving the cemetery: 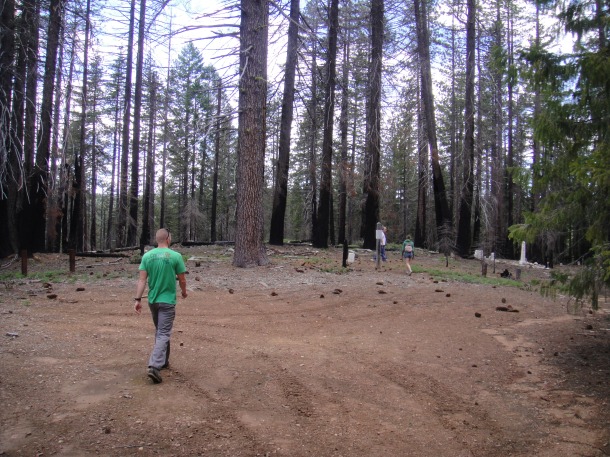 Below are pictures of the Port Wine Cemetery that my father took as a journalist while visiting the area in the 1980s with Dick O’Rourke. Even though the grave markers are made of stone, you can see how much they’ve degraded just in twenty years or so by comparing these pictures with my 2010 pictures above:

For a detailed listing of the names in the cemetery and/or for directions on how to get to Port Wine Cemetery, click here.