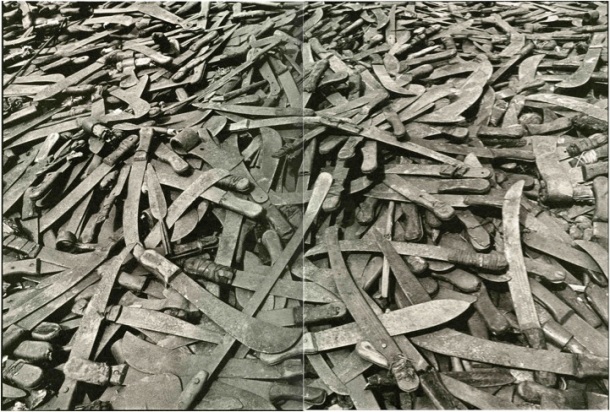 When I was still in school – either high school or an undergraduate in college, I can’t remember which and it doesn’t matter – my classmates and I watched a documentary on the 1994 Rwandan genocide. Although I remember nothing about the setting or the rest of the documentary, one segment of the film was forever imprinted on my mind and I still think of it often.

The segment came from a camera crew following a small contingent of Belgian U.N. soldiers peacekeepers overseeing a small camp at Dom Bosco School.  When the killing in Rwanda started in earnest on April 7th, approximately 2,000 Tutsis fled to the school, believing that the Belgians would protect them  from the Hutu militias rampaging through the countryside, massacring anyone even remotely suspected of being Tutsi or a moderate Hutu.

And then, suddenly, the Belgians were packing up and leaving. Pulling out.  Why?  Ten Belgian peacekeepers protecting the Prime Minister had been murdered (along with the Prime Minister) by Hutu extremists.  This was enough for the government of Belgium and they pulled out of the UNAMIR peacekeeping mission (UNAMIR  is an acronym for United Nations Assistance Mission For Rwanda).

The Tutsis were horrified.

One scene in particular stands out:

A woman in a business suit, flanked by other Tutsis is begging the Belgians not to abandon them.  In the background Hutu thugs can be seen drinking beer and taunting the Tutsis, chanting “Hutu Power”, clashing their machetes together and even calling out to specific women they say they will rape and kill as soon as the Belgians are out of the way.

Seeing the determination of the Belgians to leave, the refugees make a remarkable request of them.  They say, “If you have to leave, please, we ask you to be shot down by your machine gun.”  Sooner a United Nations bullet than a machete…  The Belgians ignore the request.

The refugees panic as the U.N. vehicles start to pull away, and they crowd around the last of the departing trucks, running in front of it to try and prevent the Belgians from leaving.

A girl is hanging on to a UNAMIR truck and asking the soldier, “Are you really abandoning us? We’ll all be killed. Why are you leaving?”

A Belgian soldier fires his rifle in the air to open a path for the vehicles (As the documentary later revealed, that was the first and only time the soldier fired his weapon in Rwanda).

And then, indeed, the last of the Belgians is gone – in a swirl of dust and diesel exhaust, abandoning the 2,000 Tutsis and condemning them to a horrible death.

Some time later – several hours or even a day – the camera crew returns to the scene.  It is completely silent.  Everyone is dead, including hundreds of children.  The woman seen before in the business suit is plainly visible.  She is still where she was, along with those that flanked her, when she was pleading with the Belgians.  All of those around her were tortured before being killed.  Many had their arms and legs cut off before being put out of their misery.

The women across the camp, young and old alike, had been gang raped before being murdered.  And frequently the rapes included the use of objects such as sticks or weapons, as well as the cutting off of breasts or buttocks.

In other words, the Hutus behaved as fucking savages.

Perhaps needless to say, that seeming act of betrayal and indifference by the Belgians left a strong impression on me.  And I always wondered how that event came about.  Who made that decision?  Who gave that order?

Homage To A Broken Man:

Lieutenant General Romeo Dallaire (Canadian) served as force commander of the United Nations Assistance Mission for Rwanda from July 1993 to September 1994.  When Lt-Gen. Dallaire received the call to serve as force commander of the UN intervention in Rwanda in 1993, he thought he was heading off on a modest and straightforward peacekeeping mission. Thirteen months later he flew home from Africa, broken, disillusioned and suicidal, having witnessed the slaughter of 1,000,000 Rwandans in only a hundred days.

He was ignored, one could even say betrayed, by the United Nations (and the Western powers specifically) when he desperately warned them of the impending massacre of a million Hutus and Tutsis that he was supposed to protect with totally inadequate resources.  This warning was dismissed and was soon followed by the eruption of the feared massacre of a million people.

It is now widely accepted that if Dallaire’s plea for reinforcements had been answered at that critical moment, hundreds of thousands of people might have lived. Later on, various individuals and groups, including the Belgian government, attempted to pin the blame on him personally for the deaths of the troops involved. He has since been completely exonerated, but was put through bureaucratic hell, to match the physical hell he had witnessed.

Lieutenant General Romeo Dallaire announced that he was taking early retirement, because he could not cope with his memories, the piles of bodies, and the rest — “hearing people die at the end of the phone because I could not send troops in to rescue them. There are many days in the past, less so now, when I wish I had died there too”.  He has been tormented with a sense of personal guilt and horror ever since he returned from Rwanda, even reportedly attempting suicide.

In an effort to come to terms with what happened and to record for history his experiences, he wrote an eyewitness account of the Rwandan genocide, entitled Shake Hands With The Devil.  I just finished reading the book and the following passage leapt out at me with the answers to the questions above that had been nagging me ever since I first saw that documentary so long ago:

The odor of death in the hot sun; the flies, maggots, rats and dogs that swarmed to feast on the dead. At times it seemed the smell had entered my skin. My Christian beliefs had been the moral framework that had guided me throughout my adult life. Where was God in all this horror? Where was God in the world’s response?

Two thousand Rwandans had lost their lives that day as a direct result of the Belgian withdrawal. They had taken refuge after April 7th at the Belgian camp set up at the Dom Bosco School, joined by a few expatriates. That morning, French troops had come to the school to evacuate the foreigners, and after they left, the company commander, Captain Lemaire, called Lieutenant Colonel Dewez, his CO, to request permission for his company to consolidate at the airport. He didn’t mention the 2,000 Rwandans his troops were protecting at the school. When Dewez approved the move and the troops pulled out, the Interahamwe moved in, killing all of the Rwandans.”

[Eds. note – the Interahamwe were an extremist Hutu militia]

Postscript: It was discovered after the genocide and consequent civil war that the Hutus had intentionally targeted the Belgians, accurately predicting that they would flee the country as soon as they took any casualties.  The Belgians were the only United Nations military force the Hutu extremists were concerned about and they wanted them out of the way.  They achieved their goal. 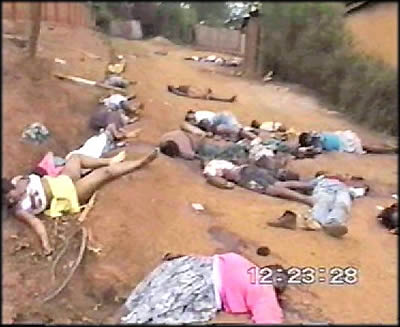 13 thoughts on “The Rwandan Genocide, Dom Bosco School and Captain Luc Lemaire: Indifference? Negligence? Or Something Else?”