It took me a while to find St. Louis as there is, unfortunately, little left of this once-thriving town to lead one to it.

To get here (on the road leading to Howland Flat which one picks up a little outside of La Porte) travel for about a mile past the St. Louis Bridge up to the top of the ridge. Along the way, you will see the road to Port Wine, Scales, etc. leading off to the right. Keep to the left.

When you have gotten to the top of the ridge (where the road levels out), keep an eye out for evidence of mining activity on the right:

Park here, as far off of the road as possible, and then head into the woods on the left for perhaps one or two hundred meters…

The town of St. Louis is believed to be the earliest mining town in northern Sierra County. St. Louis was founded by a party of Missourians who were working the rich placer claims on a tributary of Slate Creek nearby. At its peak in the 1850s, the town contained over a hundred miner’s cabins and other dwellings, several fine hotels, three saloons, several stores (including a jewelry store), a barber shop, a Wells Fargo branch, a sawmill, a boarding house, a schoolhouse and even a farm.

At that time the town had a population of approximately 900 residents.

The photograph below is not of a high quality, but it is the only one I could find of the town of St. Louis and at least provides some sense of what was there:

The mining operations at St. Louis were:

However, by 1915 St. Louis was mostly deserted. And a year later, hydraulic mining washed most of the town away.

Nevertheless, St. Louis was still occupied until the 1950s by Claire Baker who lived in the old schoolhouse (She was not the first as at least one old miner had lived in the schoolhouse over the preceding years). Despite being constructed in 1855, the chalkboards, maps, desks and even part of the school’s library were said to still be in fairly good condition until the town was abandoned for good.

When the population of St. Louis went to zero in the 1950s, there were also apparently several houses still standing along with the schoolhouse.

Now, nothing remains of these structures.

The only evidence one will find of the town when wandering through the woods are some odd depressions in the ground: 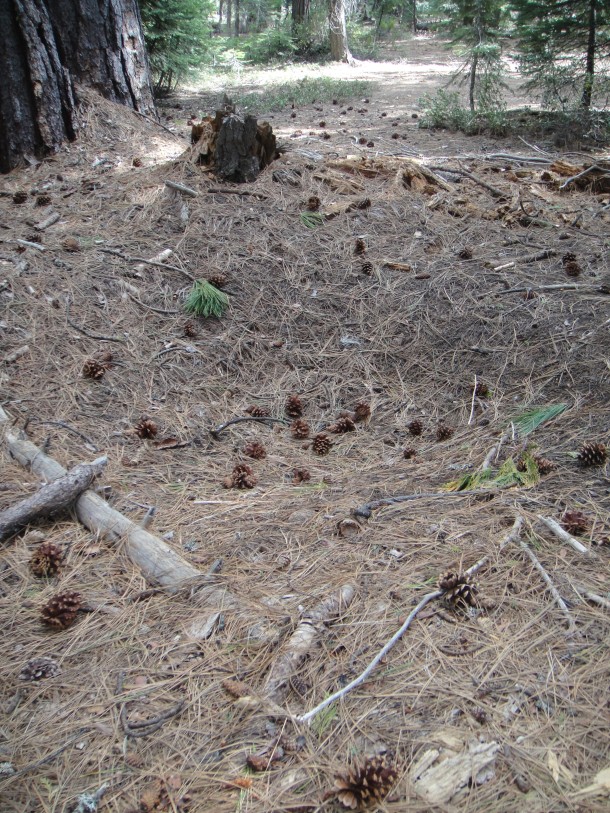 Or some bits and pieces of the structures that used to be here poking out of the ground:

Or some piles of rocks that are not natural:

If you start seeing signs like those pictured below, you are on the right track to find the cemetery at St. Louis of which there is still something to see: 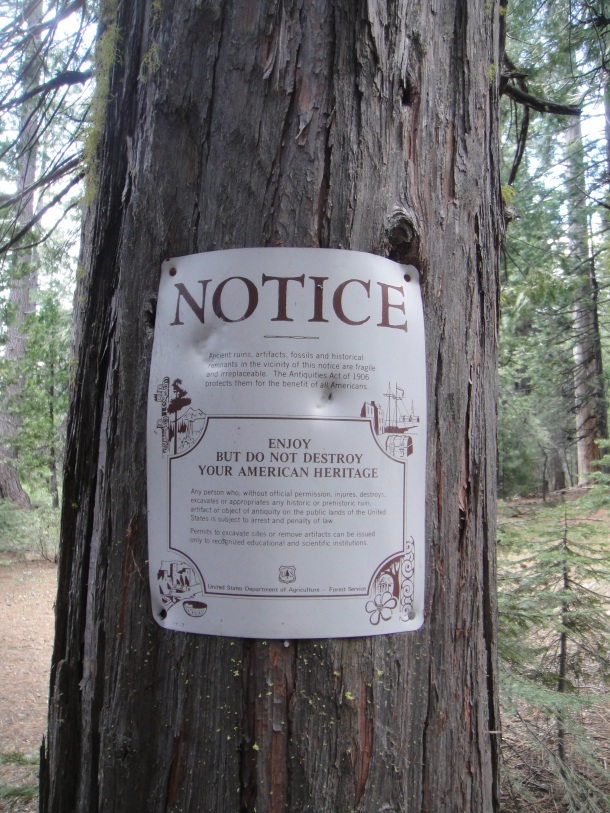 It has certainly seen better days, but there are still some standing headstones in the cemetery: 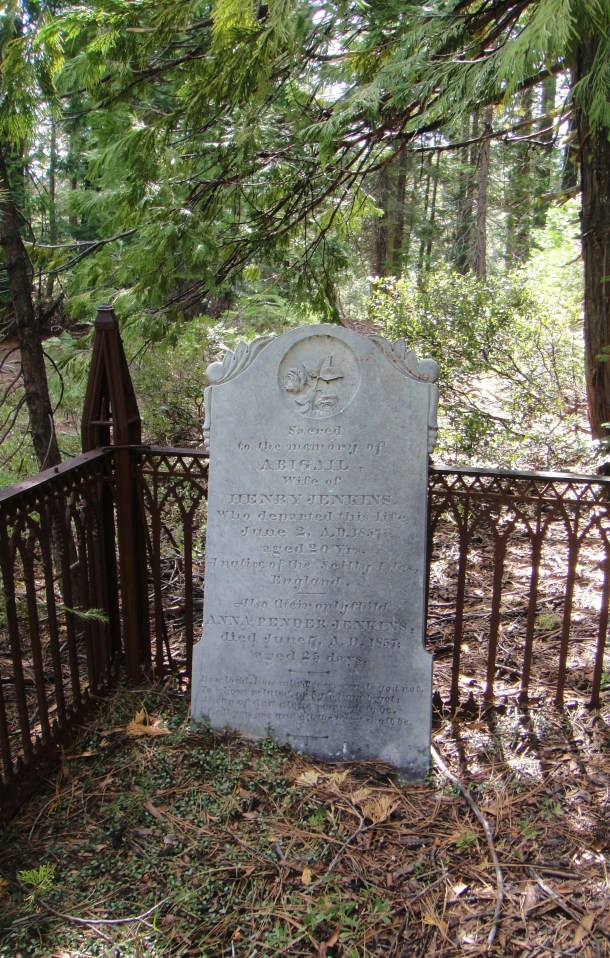 Unfortunately, I don’t know how long this will remain the case as the cemetery at St. Louis is rapidly succumbing to the elements: 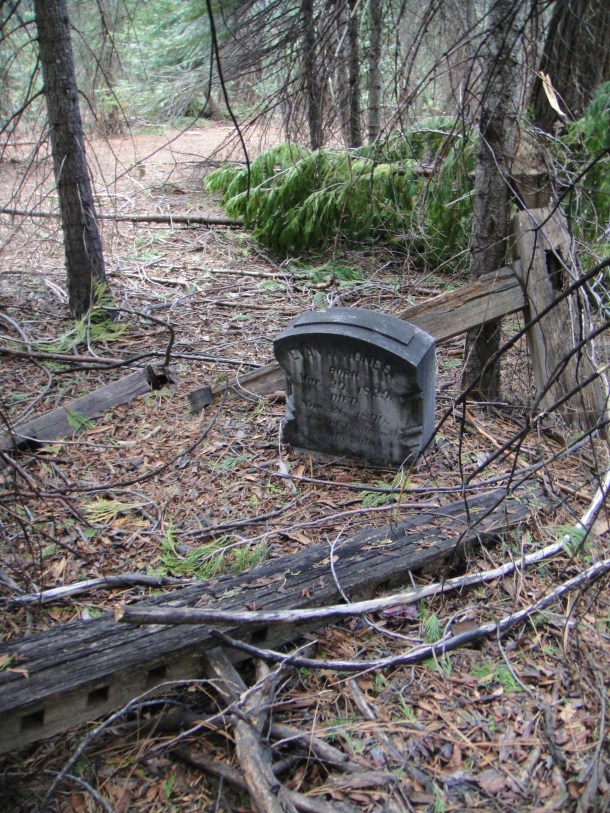 A marker being slowly covered by pine needles, leaves and brush:

My cousin uncovering another marker: 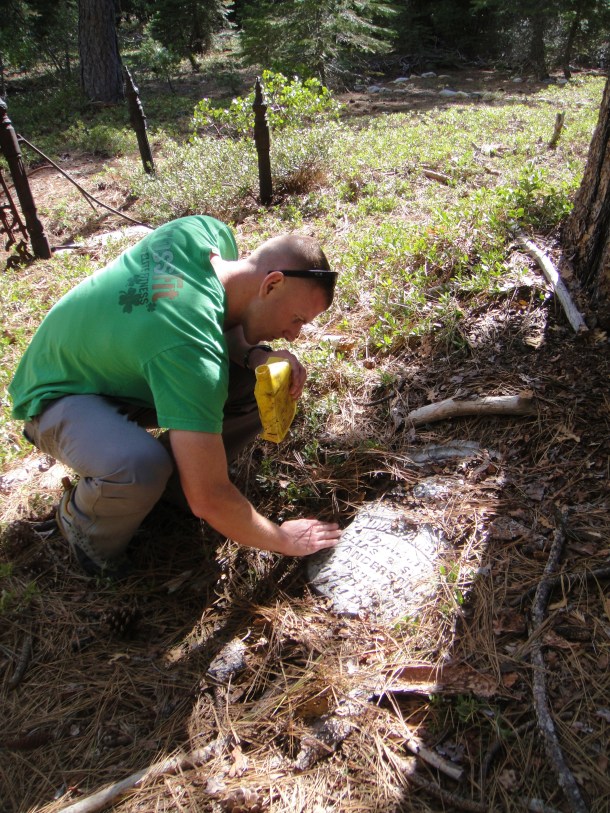 Something or someone had recently knocked this headstone over:

And some of the markers have been lost completely and just a circle of stones remain to indicate that someone is buried there:

The picture below was taken in the 1980s and if you compare it to the pictures above, it provides a sense of the amount of deterioration the cemetery has undergone in the subsequent two decades. 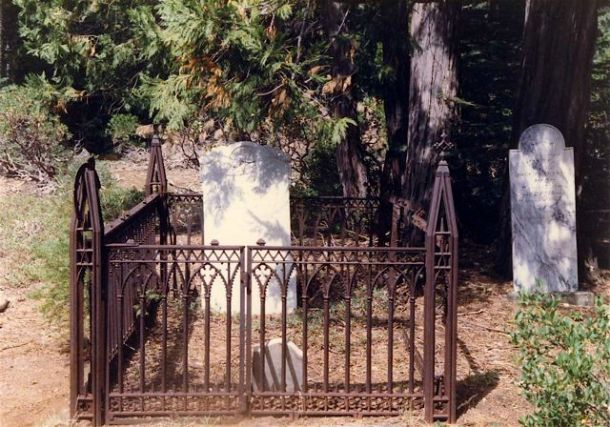 The town is long gone, but I’m not sure there will even be much of the cemetery at St. Louis left after another two decades.