Those of you that know me well, know that I have a strange photographic fascination with industrial carnage. Also, my country doesn’t really do many large-scale engineering projects anymore and so it is interesting to see one up close (I’m not suggesting we should go out and build dams everywhere, but it is interesting to see). So, it was with some enjoyment that I got into the grounds of the largest hydroelectric project undertaken in Indian history.

Compounding this enjoyment was the fact that we weren’t supposed to be there. Signs reading as follows cover the site:

However, we also weren’t even supposed to be in that part of Arunachal Pradesh. All non-residents of Arunachal Pradesh (even Indians) require official permission to visit and the areas one may visit are clearly designated. Suffice it to say, our permit did not cover this area.

We took advantage of local knowledge of the area (taking a back entrance through a bombing range) and the fact that it was a holiday (Diwali) and so security was lax.

The dam is being built by an Indian company named Larsen & Toubro Limited (L&T) with a little help from the French in the form of Alstom. As you may or may not have picked up from the title, the dam will be across the Lower Subansiri River. The scheduled completion date is in 2012 at which time the hydroelectric plant will have 2000 megawatts of capacity.

Judging by the graffiti in the area, there is a fair amount of local opposition to the dam, but as in most cases, this hasn’t slowed things down. 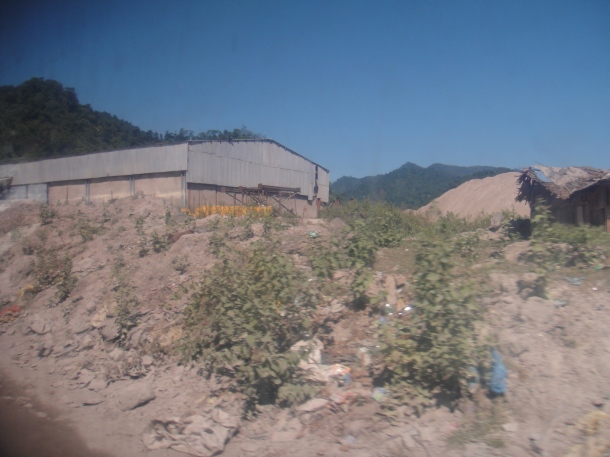 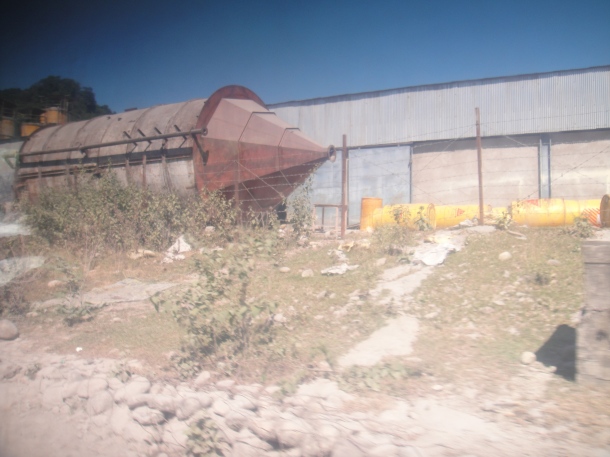 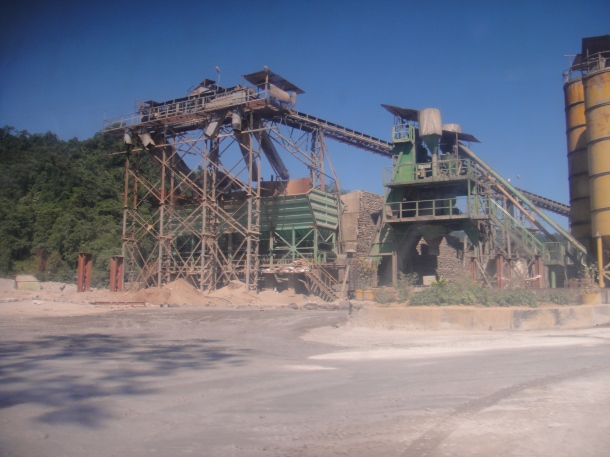 This is a suspension bridge across the Subansiri River that supports a conveyor belt used to transport aggregate from a river island to the batching plant. 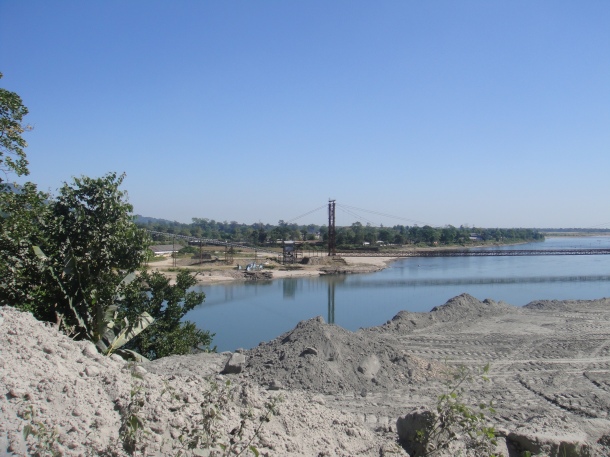 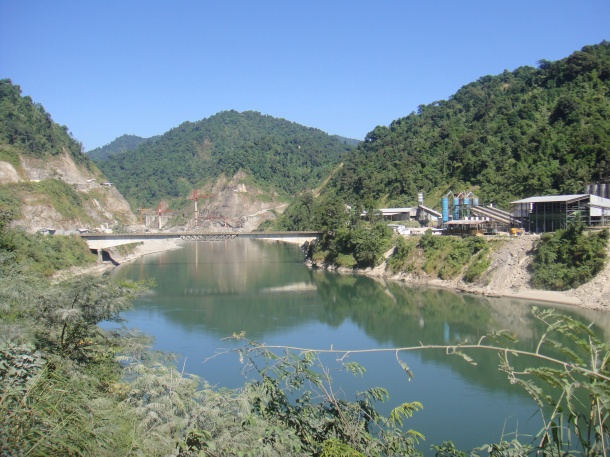 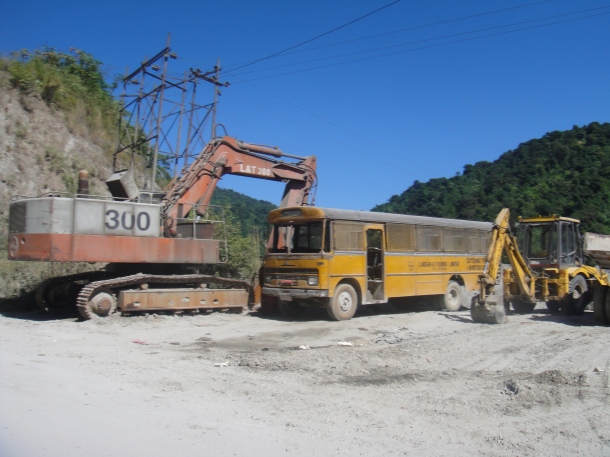 This is where the Lower Subansiri is being blocked: 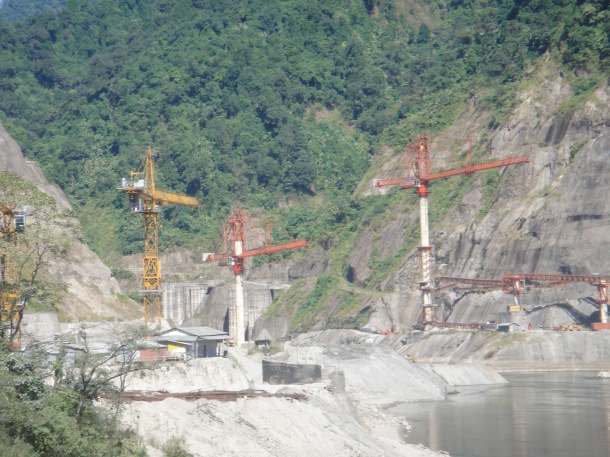 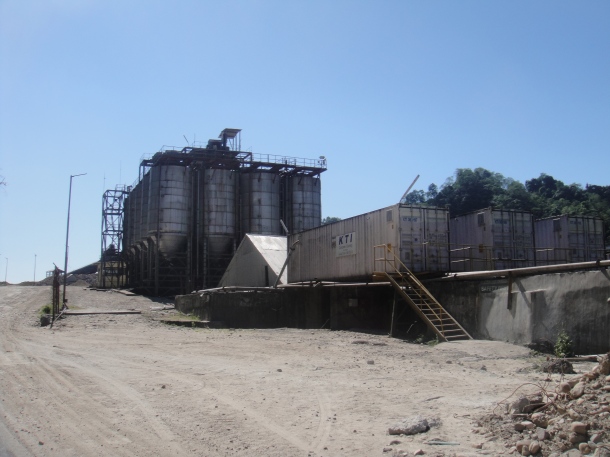 7 thoughts on “Pictures Of The Subansiri Lower Hydroelectric Project”