India is often perceived (and often vilified) as an outsourcing giant. Yet, nothing is black and white in this world. And demonstrating a shade of gray, India outsources too.

The Border Roads Organization (BRO) is responsible for maintaining the road that runs through Arunachal Pradesh and up to Tawang – The road to Tawang… This is a rough road and work on it is often difficult and performed in extreme weather. Not to mention, the pay is quite low.

Naturally, not many Indians wish to do such work and to be so far away from their families, friends and, well, anything. Thus, such work must be given to those desperate enough to do it. Although some Indians from places such as Assam do work on the road, the bulk of the labor comes from Nepal.

The Nepalese (most of them are women) are incredibly hard working and most of the work they do is by hand. You see, in most places in the world, it is labor that is cheap and machinery and gasoline that is expensive.

And, in fact, such equipment is so valuable that the crews working with heavy machinery will camp around it at night:

A bulldozer helping out is a rarity and was usually just seen on the large projects:

Instead, these groups breaking up rocks by hand is the norm:

And if they aren’t breaking up rocks, they are heating up buckets of tar over open fires or toiling away in muddy pits: 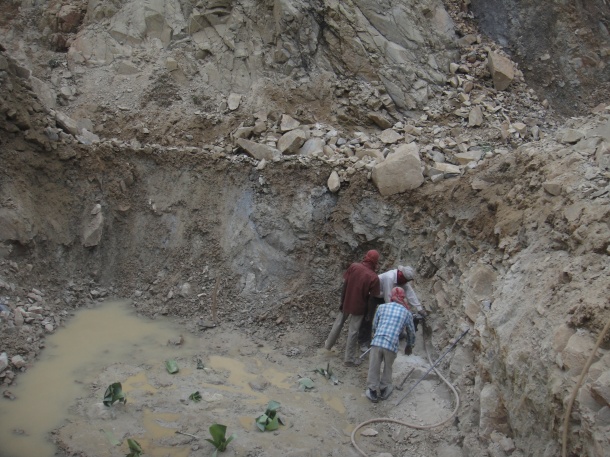 There are no accommodations provided to the road workers (and usually there are no villages around anyway). So, the construction crews camp where they can along the road. Often, several men or women will share these simple structures – a blue waterproof tarp slung over some sticks:

This was the most luxurious of the shelters that we saw for the road workers… And remember, because of the sheer cliffs, these shelters are always right next to the road: 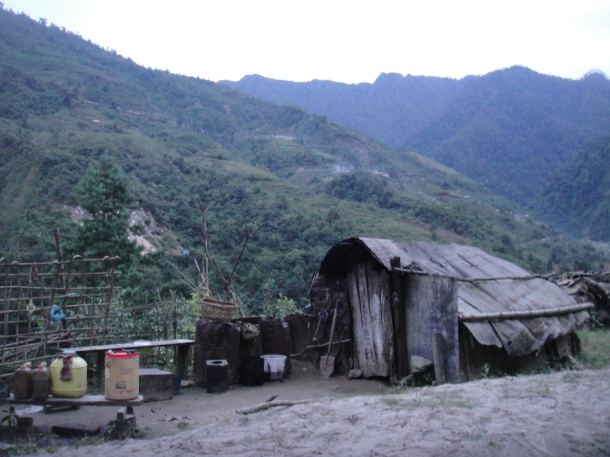 This is the BRO version of of a foreman’s office: 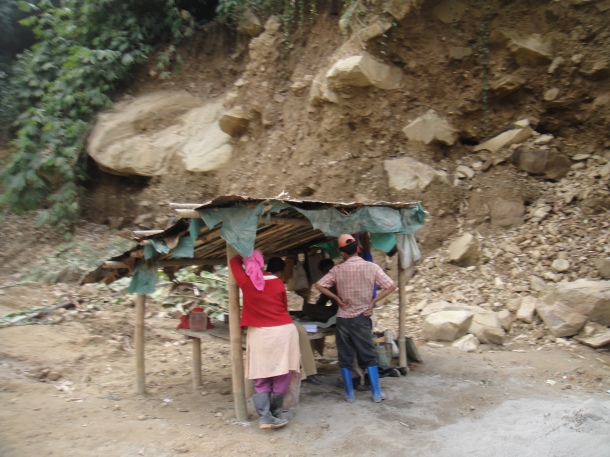 The workers certainly have their work cut out for them. Aside from the long-term projects to try and improve the road to Tawang, they are constantly contending with sections of road that have been washed away and with landslides such as the one below. Working here is definitely an example of 2 steps forward and 1.99 steps back: 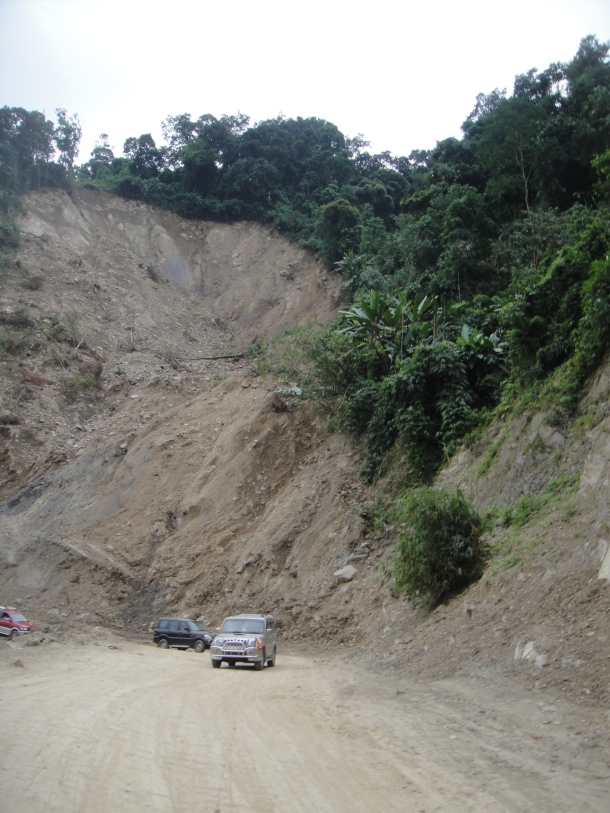 The automobile accident and death rates are astronomical in India, particularly on roads such as this one. So, the Border Roads Organization (BRO), which employs the Nepalese road workers, promotes public safety and awareness of this issue.  And, of course, they do a little self-promotion as well… This campaign is conducted via roadside signs and murals displaying such pithy witticisms as:

“Speed is a five letter word –
So is death”

“Your comfort – Our motto”

The above is just a sampling and some of the BRO signs are quite funny.

However, this is tempered by the memorials to the many workers killed on the road to Tawang.

“For your tomorrow
We gave our today”

One thought on “Outsourcing In India: Nepalese Road Workers With The Border Roads Organization”