The owner of the estate at 3620 Sweetwater Mesa Road, which sits high above Malibu, California, calls himself a prince, and he certainly lives like one. A long, tree-lined driveway runs from the estate’s main gate past a motor court with fountains and down to a 15,000-square-foot mansion with eight bathrooms and an equal number of fireplaces. The grounds overlook the Pacific Ocean, complete with swimming pool, tennis court, four-hole golf course, and Hollywood stars Mel Gibson, Britney Spears, and Kelsey Grammer for neighbors.

In 2006, Teodorin used one of his firms, Sweetwater Malibu LLC, to purchase the Malibu estate, which is among the largest homes in the private gated community of Serra Retreat. When it came to spending habits, Teodorin wasn’t to be outdone by his Hollywood-star neighbors. He owned at least three dozen luxury cars, including seven Ferraris, five Bentleys, four Rolls-Royces, two Lamborghinis, two Mercedes-Benzes, two Porsches, two Maybachs, and an Aston Martin, with a collective insured value of around $10 million, according to the Senate investigation. There were far too many cars to keep at the estate, so Teodorin rented storage space in the garage of the Petersen Automotive Museum on Wilshire Boulevard and had his drivers fetch the one he wanted for an outing, a choice that sometimes depended on his attire. “I’m wearing blue shoes, so get me the blue Rolls today,” he once told Benito Giacalone, a former driver.

His favorite was a blue Bugatti Veyron, a car that can reach speeds of more than 250 miles per hour and sells new for about $2 million. One night, Teodorin parked his toy near the entrance of L’Ermitage, a favorite hangout where he’d gone for drinks. When he saw gawkers stop to admire it, he sent Giacalone back to Malibu by cab so Giacalone could drive back his second Bugatti to park next to it. 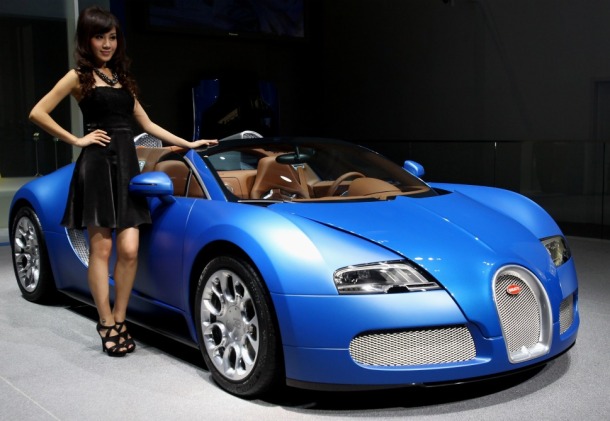 Teodorin’s household staff included drivers, housekeepers, caretakers, estate managers, executive assistants, chefs, landscaping crews, and two security teams with off-duty and retired cops, and guards from Equatorial Guinea. One security unit was based at the estate while a second, called the “chase team,” tailed Teodorin on his late-night excursions into Malibu and beyond. Legal filings depict the “prince” as a nocturnal creature who generally slumbered until afternoon and sometimes as late as 9 p.m.

He dated a series of women, among them the rapper Eve, whom he designated as president, treasurer, and chief financial officer of his Sweet Pink shell company, according to the 2010 Senate report. An Equatorial Guinean logging company owned by Teodorin transferred $60,000 into Sweet Pink’s corporate account, but the Union Bank of California, where it was housed, shut it down a month later, in October 2005, because it deemed any funds sent from Equatorial Guinea to be potentially of criminal origins. In 2005, Teodorin reportedly threw a party for Eve aboard the Tatoosh, a 303-foot yacht that he rented for $700,000 from its owner, Microsoft co-founder Paul Allen. An account in the New York Daily News said she later cooled on him, perhaps after hearing that his father was an accused cannibal who had eaten his political rivals. Other companions included Tamala Jones, who appeared in such movies as Booty Call and Confessions of a Call Girl, and Lindsey Evans, named Miss Louisiana Teen USA in 2008 and Playboy Playmate of the Month in October 2009. 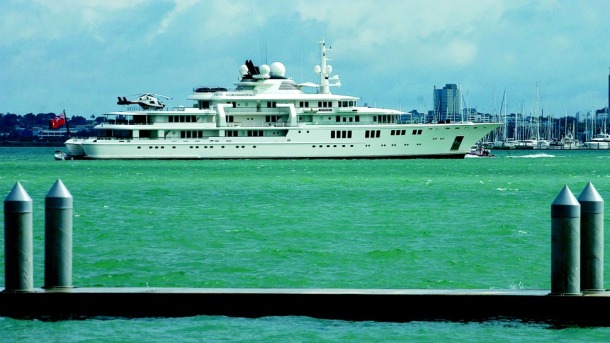 The guest list at Teodorin’s mansion invariably included an assortment of high-heeled, miniskirt-clad women procured from escort agencies, according to my interviews with former employees. Giacalone noted in his legal filings that his unofficial duties included accompanying his boss’s girlfriends on elaborate shopping sprees. He also said the Dolce & Gabbana store on Rodeo Drive periodically dispatched a sales associate and tailor to Teodorin’s estate in a van packed with racks of merchandise for his viewing and would close off its second-floor showroom when his girlfriends came in to shop. Giacalone said he escorted one who racked up about $80,000 in purchases, including bronze and red dresses that cost nearly $7,000 apiece. Giacalone claims Teodorin gave him the embarrassing task of paying the tab from a Nike shoebox filled with shrink-wrapped bills.

Thanks to his diplomatic passport, Teodorin routinely carried as much as $1 million in cash into the country, the ICE documents allege. Several ex-employees said he had a bag the size of a small suitcase that was forever stuffed with stacks of fresh $100 bills. Teodorin traveled on a Gulfstream V, which he bought in 2006 through a British Virgin Islands-registered shell called Ebony Shine International, Ltd. “He used it like a taxi,” Giacalone said. “He’d fly alone or use it to pick up one passenger. Once he sent it from Rio to Los Angeles to bring back his barber.” And Teodorin didn’t travel light. He bought a 15-seat cargo van and had the seats taken out to fit his collection of Louis Vuitton luggage.

Records compiled by FlightAware, a firm that tracks private and commercial air traffic, show that Teodorin’s ministerial duties took him to such vital destinations as Las Vegas, where a July 2009 bill for the presidential suite at the Four Seasons — made out to “Prince Teodoro Nguema Obiang” — showed a rate of $5,000 per night; to Miami, where he docked one of his two Nor-Tech 5000 speedboats; and to Palm Beach. International destinations included Bermuda, Nice, and Paris.

His fall 2009 monthlong jaunt to Maui stands out for debauched luxury, according to an account by Giacolone. Teodorin flew on the Gulfstream V and chartered a second jet for a group of household employees. He also brought along a few escort girls and shipped several sports cars and one of the Nor-Tech speedboats, painted in gaudy orange, purple, and yellow. The leaded fuel it ran on wasn’t sold on the island, so it was flown in, at a cost of $600 per barrel, the former driver claimed. But the holiday was marred when the Nor-Tech capsized into the Pacific following a brief excursion. “I still have not be[en] able to confirm where the guy is from, but money is not a problem,” one bemused local wrote on an online boating forum, thehulltruth.com. “Yesterday, when it was time to drive the boat, the prince showed up at the ramp in his Bugatti.… Between the car, the boat, the royal aides (including four absolutely stunning foxes) with him, they were quite an image at the tiny ramp.”

The above was excerpted from an article on Teodorin Obiang published in Foreign Policy magazine. The full article can be found here…

3 thoughts on “The Life And Times Of Teodorin Obiang”