If readers have been following recent events within Syria, they will know that Friday has become the day when things kick off between the government forces and those seeking to extend the “Arab Spring” as it is now being called. So, I was rather curious as to what the mood would be in Damascus last Friday.

As it turned out, the packed, bustling downtown of the evening before was completely deserted. Riot police were posted on every street corner and there were hardly any civilians to be seen. Those that were present were hurrying about their business and keeping their heads down. Soldiers and plainclothes policemen surrounded open areas and mosques.

I got in trouble for taking this photograph… The building pictured is under construction and overlooks a large public square. Thus, it serves as an ideal spot for monitoring (and controlling) events below. As such, it was packed with government forces (only some of whom can be seen below). And they were not happy to have me taking pictures: 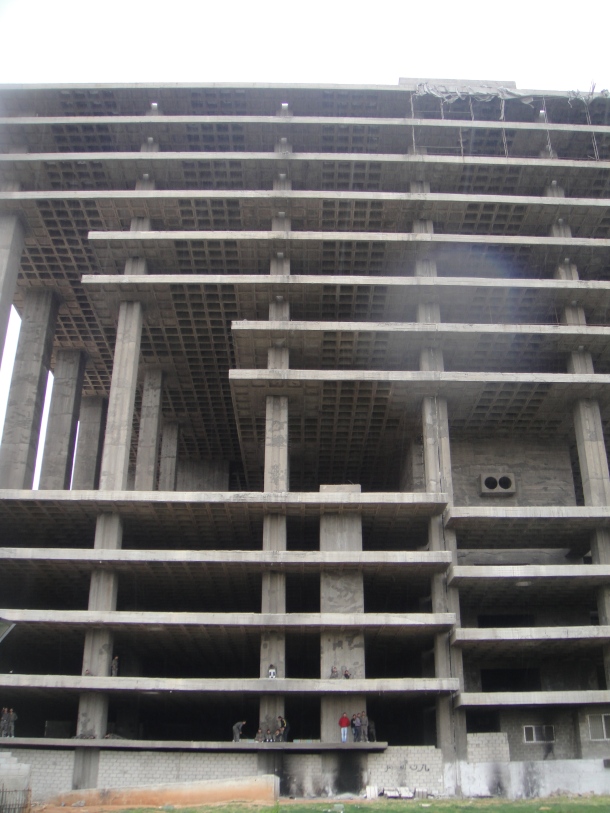 The atmosphere around the Umayyad Mosque was jittery as well. We had been here on the previous night and at that time the area was swarming with thousands of relaxed, friendly people. Not today.  Click on the pictures below and zoom in on the body language and facial expressions to see what I mean: 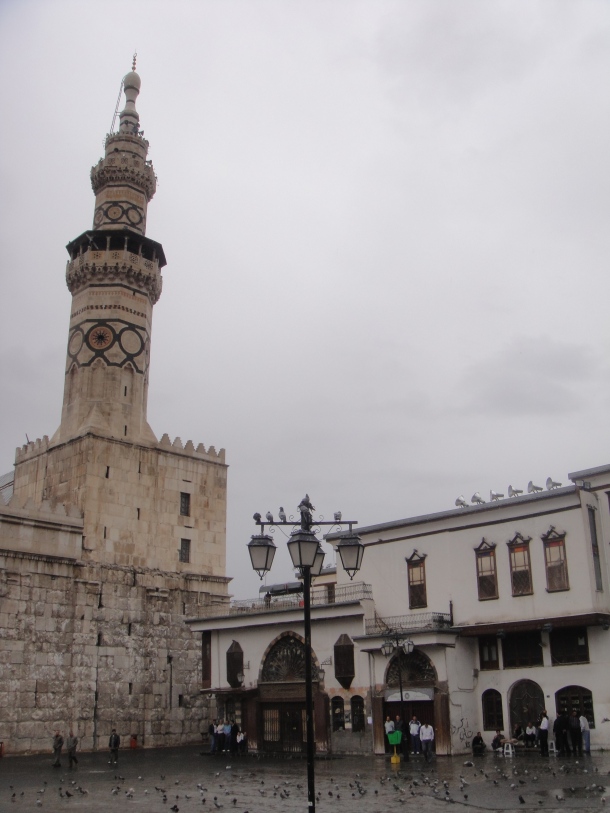 There is hardly a civilian to be seen in those groups above and below. They are comprised almost entirely of soldiers, plainclothes policemen and intelligence officers: 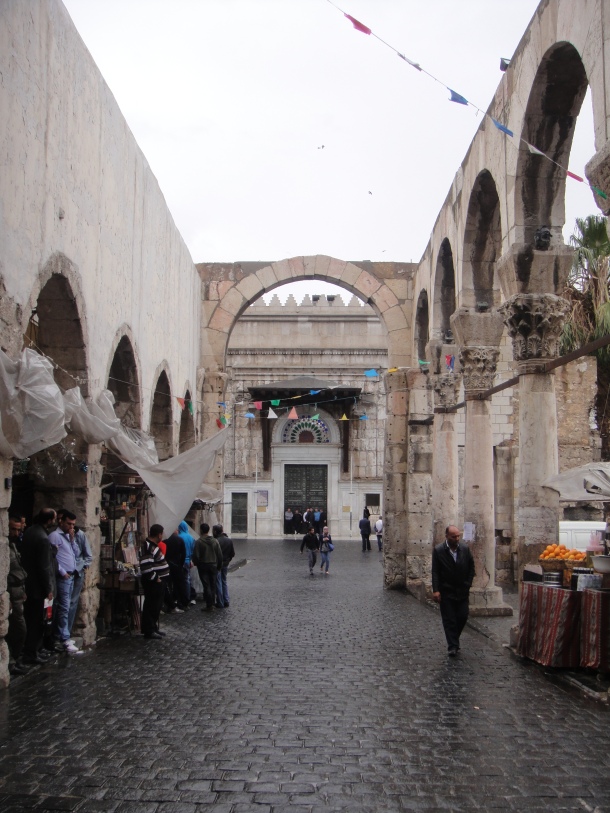 On this day the action was on the outskirts of the city and so after a few hours the mood downtown lightened up. However, it was interesting to see how determined and more than ready the security forces had been to respond to any disturbances throughout Damascus.

2 thoughts on “A Tense Afternoon In Damascus”