Tripoli is also known as Trablous… And despite being Lebanon’s second largest city, very few outsiders make the journey up to Lebanon’s north to pay a visit.

Evidence of settlement here goes back to the 14th century BC, but Tripoli’s past likely goes back much further.

Today, Tripoli is a conservative city comprised primarily of Sunni Muslims. It is perhaps not surprising that the pro-Arab nationalist forces, led by Rashid Karami, based themselves here in the civil war of 1958 and were not dislodged from the city’s labyrinth of old streets until after several weeks of fighting. 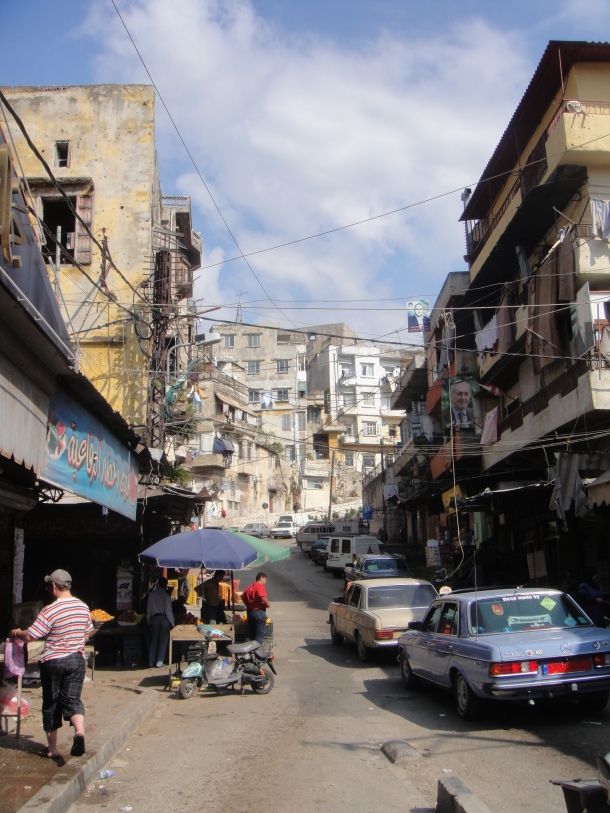 This is just off of Tell Square in the Old City:

Like any self-respecting city in the Middle East, Tripoli has a great souq to be explored: 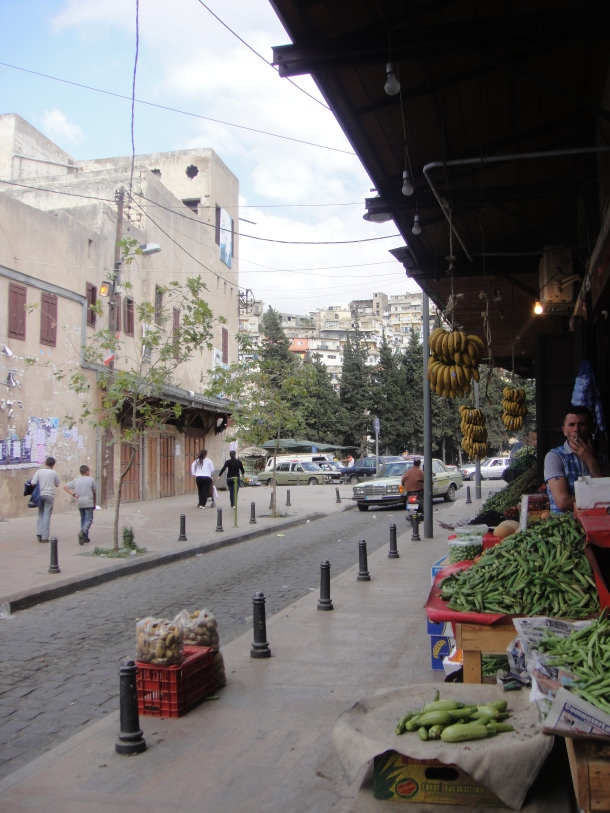 One specialty of Tripoli is the production of soap. Below a vendor of these soaps is presenting some of the various soaps to us and explaining their properties:

These guys are so charming and engaging that despite knowing you are being led along a sales process, you still eagerly participate.

This man is cutting slabs of recently created soap into consumer-friendly sizes: 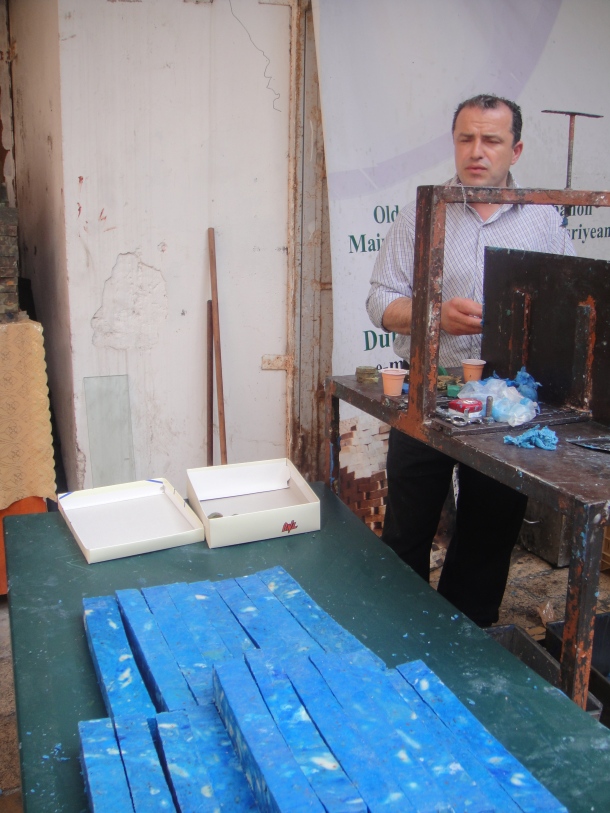 As alluded to above, Tripoli is no stranger to conflict. In the 1975-1990 round of warfare, Tripoli suffered extensive damage – particularly during inter-Palestinian battles in 1983. Both during and after the civil war, the population of Tripoli increased significantly as refugees, primarily Palestinian, poured in. Most of these Palestinian refugees reside today in the UNRWA-administered Beddawi and Nahr el-Bared refugee camps on the outskirts of the city.

In May of 2007, Palestinian militants, allegedly linked to al Qaeda, and Lebanese police began battling it out in the streets of Tripoli, before fighting moved to the Nahr el-Bared refugee camp. The Lebanese military was finally able to regain control of the camp in September 2007 after months of fighting.

The “camps” in Lebanon don’t really look much like camps at all having been in place for decades in some instances. They have multi-story permanent structures, shops, paved streets, electricity, running water and trash collection services:

Some of the more evident damage from the bullets, rockets, mortars and artillery utilized in the many battles of the past decades in Tripoli: 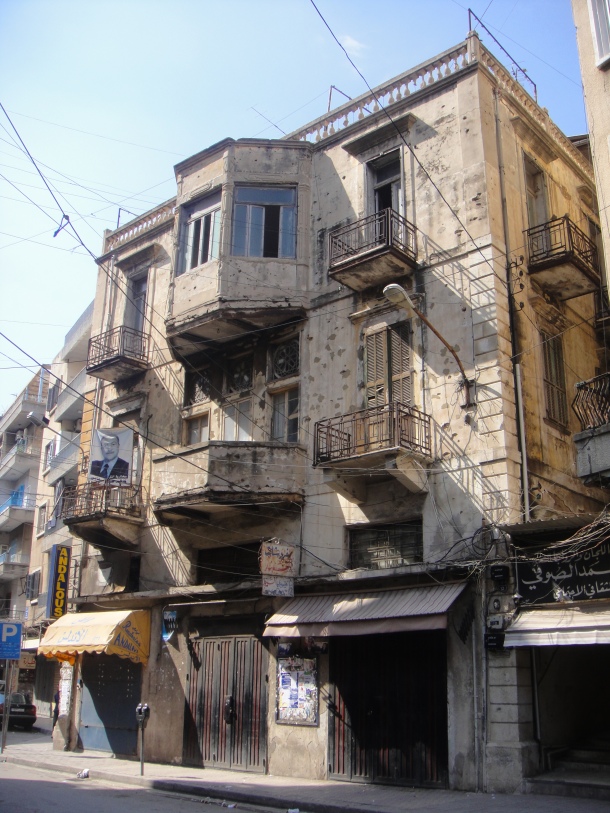 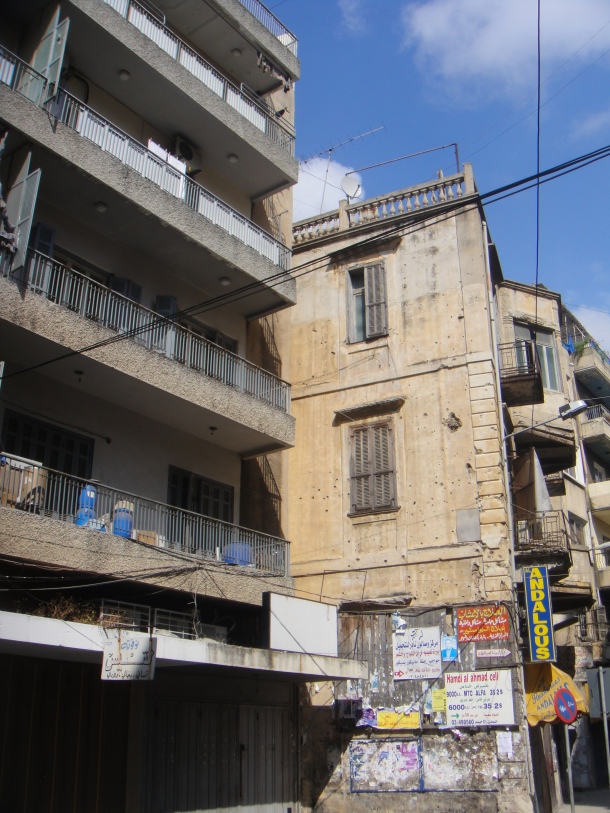 And then, of course, there is Oscar Niemeyer’s fantastic creation in Tripoli that was itself a victim of the Lebanese civil war in that it was abandoned at the outbreak of hostilities in 1975 and never completed. However, the site today is, if anything, enhanced by its abandoned status, so this may be one war victim we need not mourn.