The Sedlec Ossuary is a small Roman Catholic chapel, located beneath the Cemetery Church of All Saints in Sedlec, a suburb of Kutná Hora in the Czech Republic. The ossuary is estimated to contain the skeletons of between 40,000 and 70,000 people, many of whom have had their bones artistically arranged to form decorations and furnishings for the chapel.

Henry, the abbot of the Cistercian monastery in Sedlec, was sent to the Palestine (Holy Land) by King Otakar II of Bohemia in 1278 on a diplomatic mission. When he returned, he brought with him a small amount of earth he had removed from Golgotha and sprinkled it over the abbey cemetery. The word of this pious act soon spread and the cemetery in Sedlec became a desirable burial site throughout Central Europe. During the Black Death in the mid 14th century, and after the Hussite Wars in the early 15th century, many thousands were buried there and the cemetery had to be greatly enlarged.

Around 1400 a Gothic church was built in the center of the cemetery with a vaulted upper level and a lower chapel to be used as an ossuary for the mass graves unearthed during construction, or those simply slated for demolition to make room for new burials. After 1511 the task of exhuming skeletons and stacking their bones in the chapel was, according to legend, given to a half-blind monk of the order. The charnel-house was remodeled in Czech Baroque style between 1703 – 1710 by a famous Czech architect of Italian origin, Jan Blažej Santim-Aichl.

In 1870, František Rint, a woodcarver, was employed by the Schwarzenberg family to put the bone heaps into order. The result of his effort speaks for itself…

Bone chalices flank the entrance to the Kostnice Ossuary: 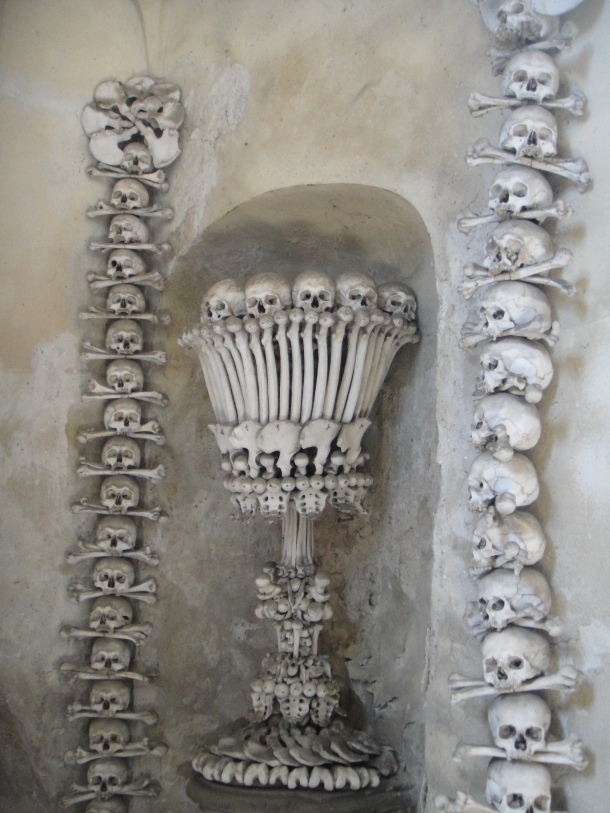 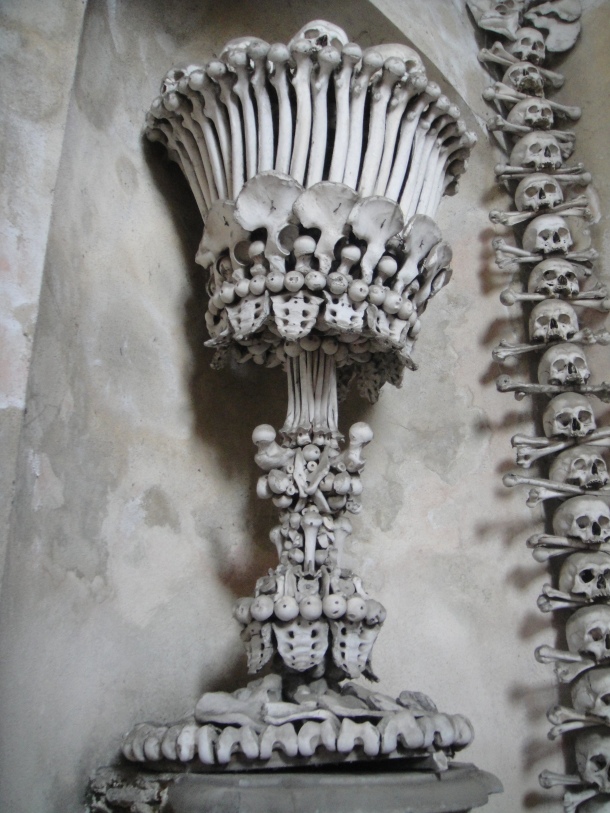 A pattern created over the entryway leading down to the chapel:

The largest collections of bones are arranged in the form of bells in the four corners of the chapel:

The view inside the “bells” seems more like that of a bone chamber: 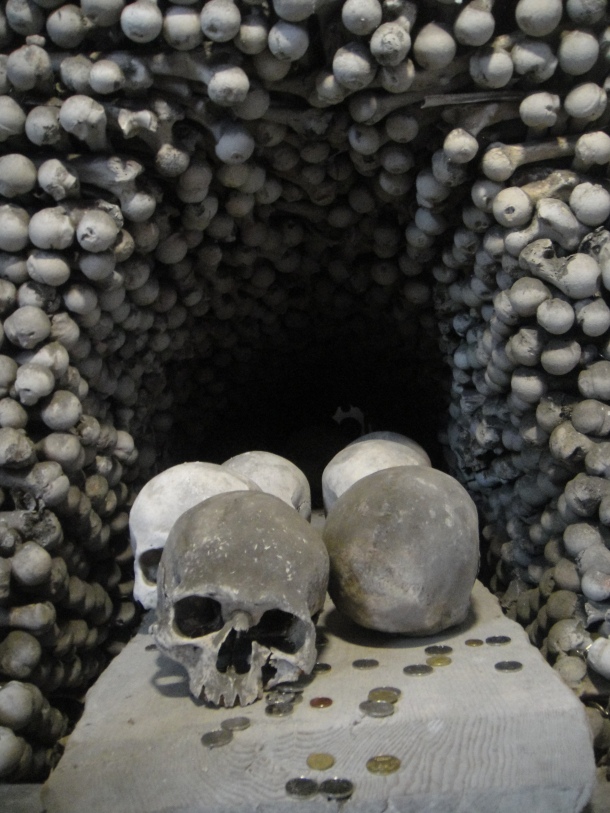 A closeup on a column in the chapel:

Perhaps the most remarkable creation of Master Rint is an enormous chandelier of bones, which contains at least one of every bone in the human body, hanging from the center of the nave: 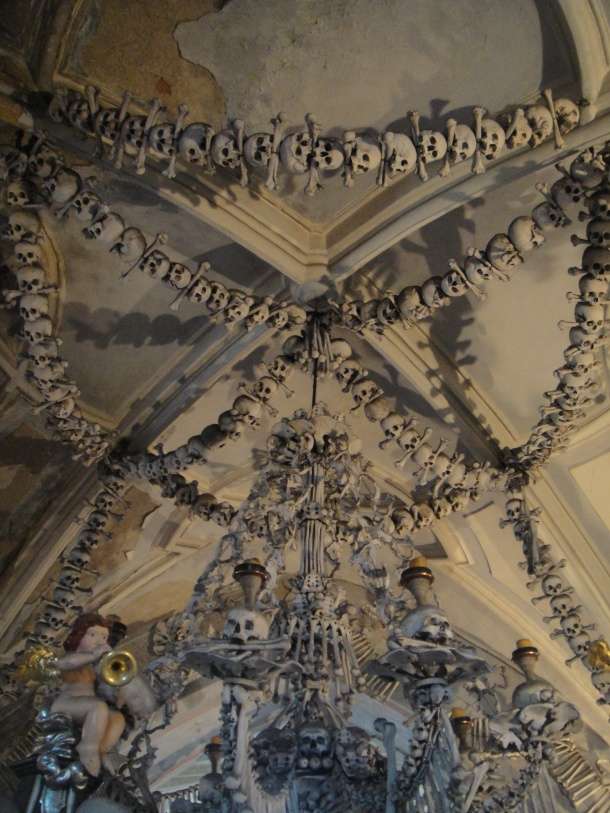 Garlands of skulls drape the vault: 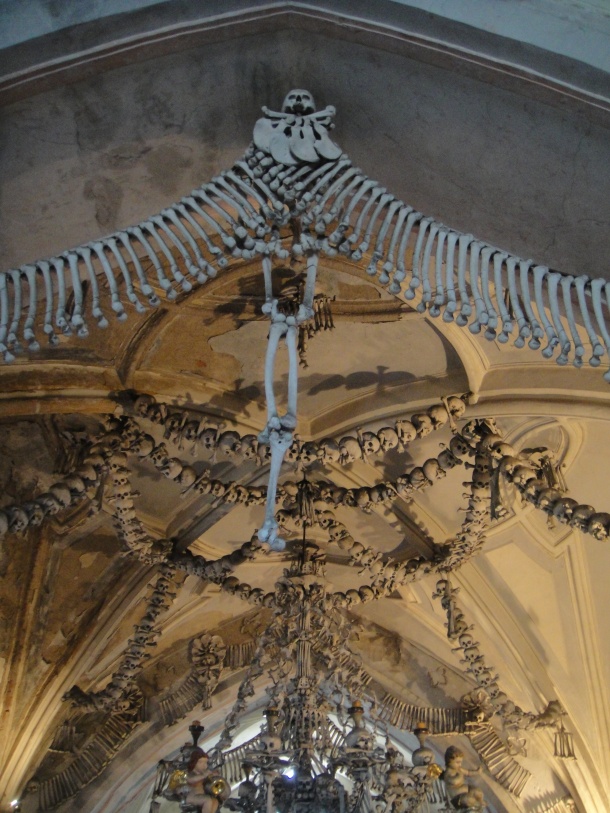 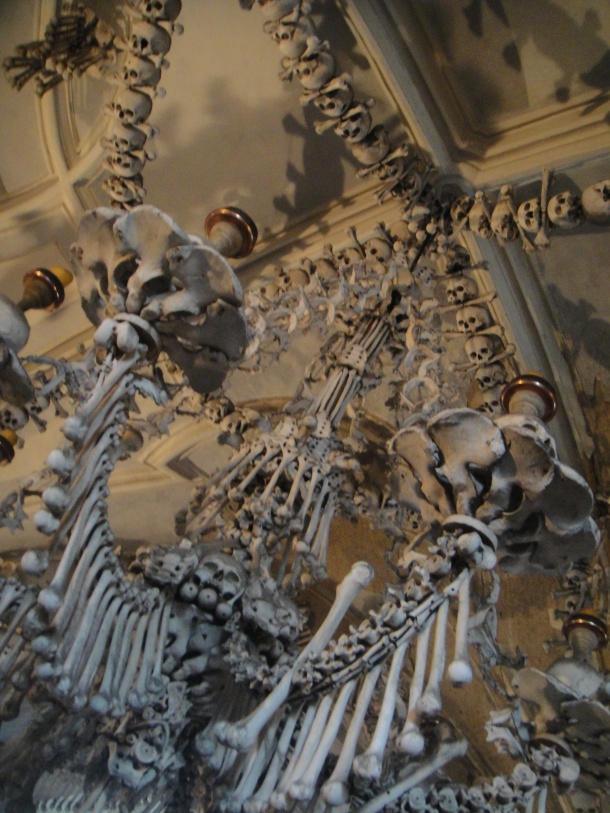 The center of the bone chandelier:

The coat-of-arms of the Schwarzenberg family: 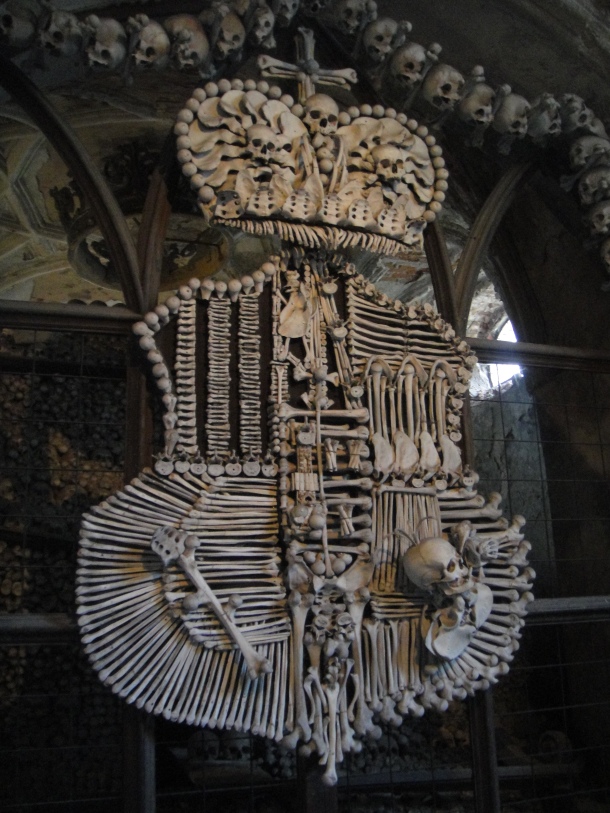 What’s funny is that the Cemetery Church of All Saints seems completely benign from the outside:

From the outside, there are a few clues as to what is contained within, but one’s overall impression of the site is that it is quite innocuous:

Some scenes of the surrounding countryside: 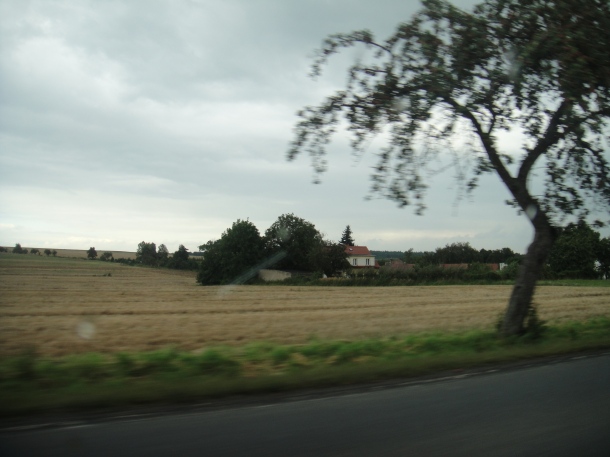 2 thoughts on “The Bone Church – Kostnice Ossuary In Sedlec”