My original intent for this post was to simply give my dear readers a sense of the southern Georgian landscape outside of the Caucasus Mountains, which I have already described.

However, as I was uploading the pictures, I realized that I possessed valuable information for someone making the drive between Tbilisi and Yerevan – information that my Italian interpreter and I had to come about the hard way… You see, there is just simply no reliable information out there on the best road for the Yerevan-Tbilisi route. So, we had to learn by trial and error. And so, after a lot of error, I am able to share the pros and cons of the two main routes between Yerevan and Tbilisi.

For the rest of you that are not planning on making this drive, the original intent of this post still holds as well. I hope you enjoy the pictures…

Now, if you don’t want to mess around and just want the fastest, most direct route between Yerevan and Tbilisi or Tbilisi and Yerevan, head for the border crossing at the towns of Sadakhlo and Bagratashen. On this route, the border is maybe 45 minutes from Tbilisi. And then, once across the border, it is perhaps 3-4 hours to Yerevan depending on how you drive. You’ll know you’re on the right route in Armenia if you pass through the towns of Noyemberyan, Ijevan, Dilijan, Sevan and Hrazdan on your way to Yerevan. After passing through the long tunnel at Sevan Lake, a decent highway will open up to Yerevan. Pretty tough to get it wrong on this route… Obviously, if you’re going from Yerevan to Tbilisi, just reverse the directions I outlined above.

Below is what the road on the Georgian side looks like… We drove all through Georgia, Armenia and Nagorno-Karabakh and, believe me, this is as good as it gets: 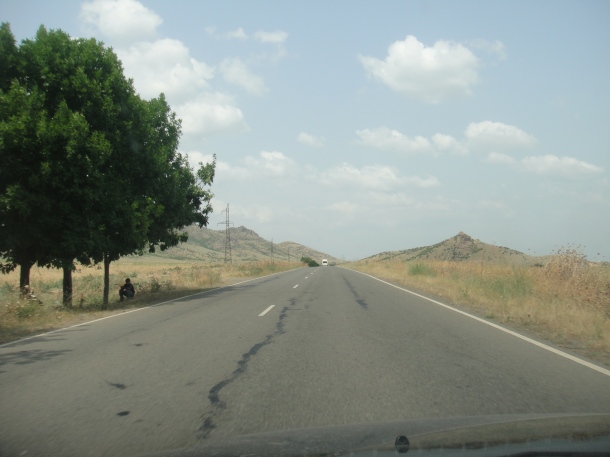 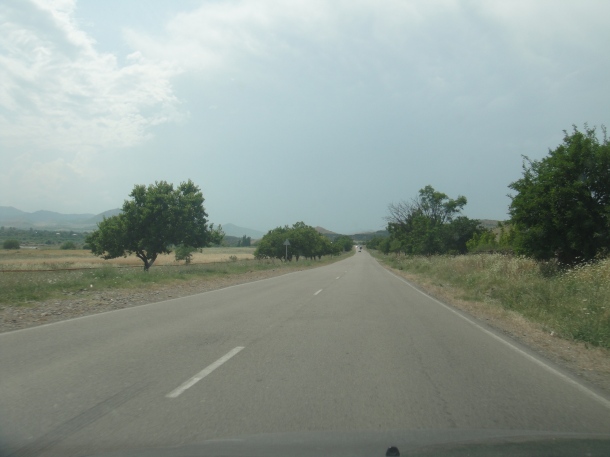 The use of donkey carts is still widespread in the region. I like that:

See a difference between this road and the road above? And this section was one of the better parts on the road leading to the border:

This is the Georgian border town of Guguti: 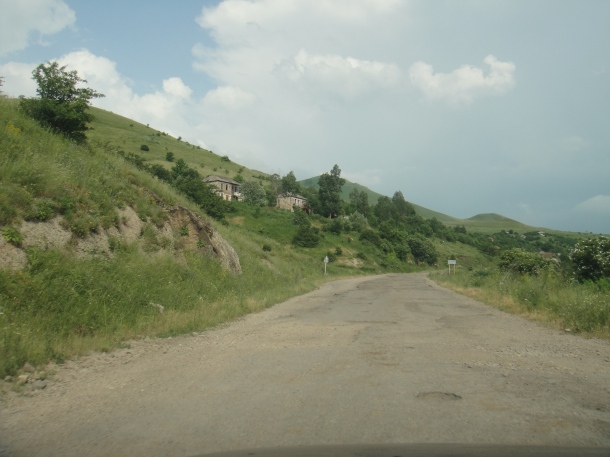 Guguti is in the middle of nowhere… Although it took us almost an hour to get into Armenia, during that time only one other vehicle passed by (and they were locals). In other words, I believe the border guards were somewhat surprised to see us:

One advantage of straying off the main route though is that we did get to see a part of Georgia that receives few (if any) visitors. Below is a deceptively nice section of road on the Guguti route: 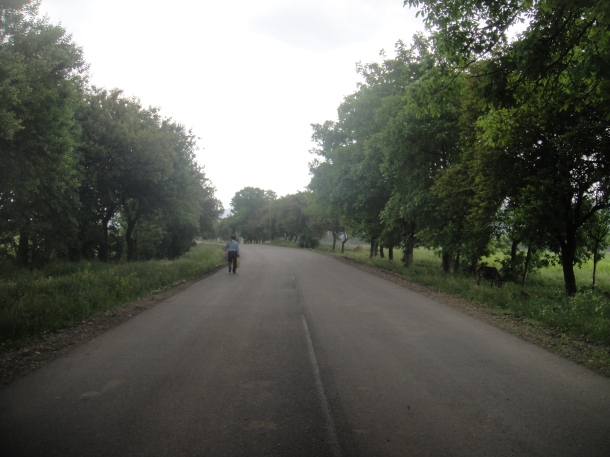 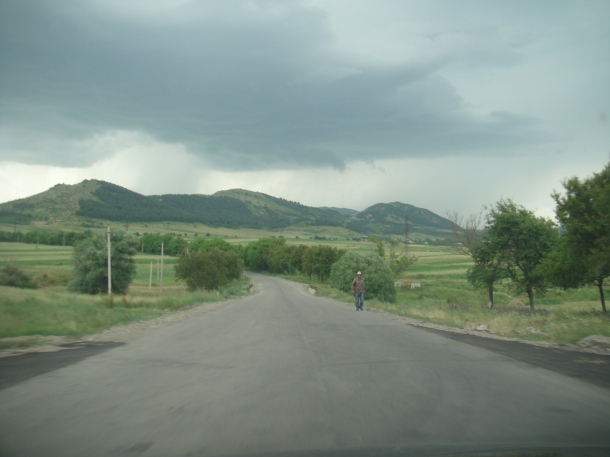 The south of Georgia is a rich agricultural region… Perhaps the most well known area is the province of Kakheti that borders Azerbaijan and is famous for its wine:

No matter which route you might drive in Georgia though, you’ll notice one consistent theme. Georgia has a lot of old churches: