Byblos is believed to be the oldest continuously-inhabited city in the world:

About 7,000 years ago a small Neolithic fishing community settled along the shore and several of their huts, with crushed limed stone floors, can still be seen. Many tools and weapons of this stone age period have been found as well.

The Chalcolithic Period (4,000-3,000 B.C.) saw a continuation of the same way of life, but brought with it new burial customs where the deceased were laid in large pottery jars and buried with their earthly possessions.

By the beginning of the Early Bronze Age (about 3000 B.C.) Canaanite Byblos had developed into the most important timber shipping center on the eastern Mediterranean and ties with Egypt were very close. The pharaohs of the Old Kindgom needed the cedar and other wood for shipbuilding, tomb construction and funerary ritual. In return, Egypt sent gold, alabaster, papyrus rope and linen. Thus began a period of prosperity and wealth.

Several centuries later Amorite tribes from the desert overran the coastal region and burned Byblos to the ground. But once the Amorites settled in, the city was rebuilt and Egypt again began to send costly gifts to Byblos. Treasures from the royal tombs of Byblos are indicative of the great wealth that flooded the city.

Around 1200 B.C. a wave of the so called “Sea Peoples” from the north spread to the eastern Mediterranean, and some settled on the southern coast of Canaan. These seafarers probably contributed their skills to the maritime society we know today as Phoenicia.

About this same time the scribes of Byblos developed an alphabetic phonetic script, the precursor of our modern alphabet. By 800 B.C., it had traveled to Greece, changing forever the way man communicated. the earliest form of the Phoenician alphabet found to date is the inscription on the sarcophagus of King Ahiram of Byblos.

Throughout the first millennium B.C., Byblos continued to benefit from trade in spite of Assyrian and Babylonian encroachments. Then came the Persians who held sway from 550-330 B.C. The remains of a fortress outside the Early Bronze Age city walls from this period show that Byblos was a strategic part of the Persian defense system in the eastern Mediterranean.

After conquest by Alexander the Great, Byblos was rapidly hellenized and Greek became the language of the local intelligentsia. During this Hellenistic Period (330-64 B.C.), residents of Byblos adopted Greek customs and culture. Both the Greek language and culture persisted throughout the Roman era which was to come.

In the first century B.C. the Romans under Pompey took over Byblos and other Phoenician cities, ruling them from 64 B.C. to 395 A.D. In Byblos they built large temples, baths and other public buildings as well as a street bordered by a colonnade that surrounded the city.

There are few remains of the Byzantine Period (395-637 A.D.) in Byblos, partly because construction was of soft sandstone and generally of poor quality. Byzantine stones were also quarried for later buildings. During this era the city became the see of a Christian bishopric.

Under Arab rule beginning 637 A.D. Byblos was generally peaceful but it had declined in importance over the centuries and archeological evidence from this period is fragmentary.

In 1104 Byblos fell to the Crusaders who came upon large stones and granite columns of the Roman buildings and used them for their castle and moat. With the departure of the Crusaders, Byblos continued under Mamluk and Ottoman rule as a small fishing town, and its antique remains were gradually covered with dust.

A view of the ruins of ancient Byblos:

Of course, this is a UNESCO World Heritage site and UNESCO does a good job of explaining more about the history of Byblos and its significance here if you are interested.

This is the castle constructed by the Crusaders: 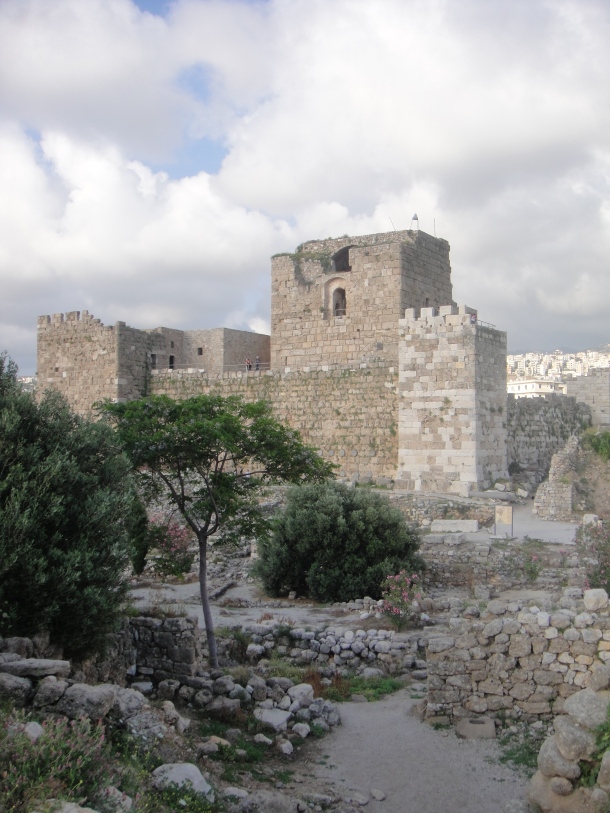 Back in the more glamorous days of the 1960s, modern Byblos was a favorite spot for the crews of visiting private yachts, international celebrities and the Mediterranean jet set: 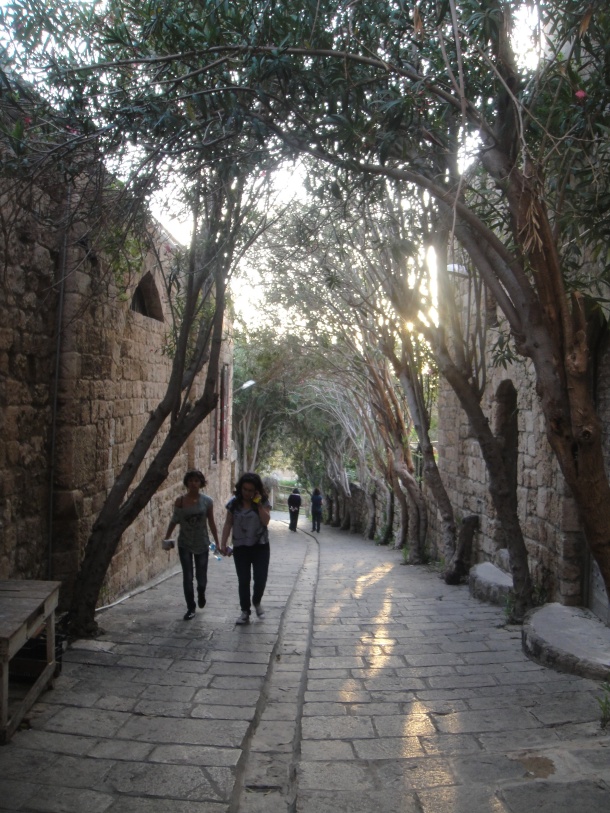 It seems hard to believe that the quaint harbor of Byblos was once a nerve center of world commerce, but it was from this small port that the cedar and other wood for which Byblos was famous was shipped to the capitals of the ancient world:

Unfortunately, the 2006 Lebanon War negatively affected this ancient site by covering the harbor and town walls with an oil slick after the Israelis bombed storage tanks at the Jiyyeh power station south of Beirut.

That didn’t seem to slow down these fishermen though: 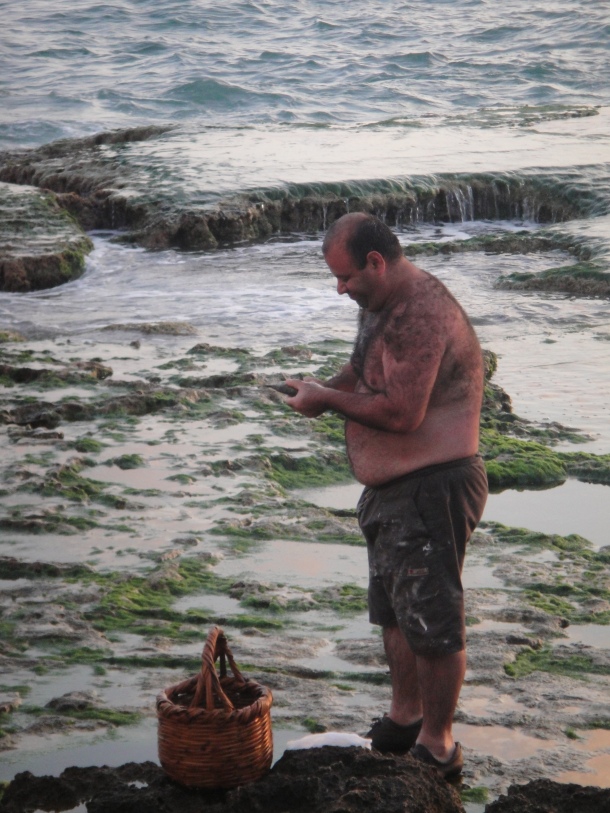 A couple watching the sun set over the harbor: