A view down the Qadisha Valley…

The Qadisha Valley is widely regarded as one of the most beautiful places in Lebanon. With its trails set amid steep cliffs, waterfalls, rock-cut tombs and monasteries it is hard to argue with this impression. When we visited we had the valley almost entirely to ourselves – there were just a few locals going about their business.

A long, deep gorge that begins near Batroun in the west, the valley rises dramatically to its head just below the lovely mountain town of Bcharre. Villages with red-tiled roofs perch atop hills or cling precariously to the mountain sides; the Qadisha River (Nahr Abu Ali), with its source just below the Cedars, runs along the valley floor, while Lebanon’s highest peak, Qornet as-Sawda towers above.

The word qadisha stems from the Semitic word for ‘holy’ and the valley’s steep, rocky sides have made it a natural fortress for persecuted religious minorities for millennia. Among these groups were the Jacobites (Syrian Orthodox), Melchites (Greek Orthodox), Nestorians, Armenians, and even Ethiopians. The Maronites, however, are the dominant Christian group in the valley. From the 5th century onwards, the Maronites made this area their refuge.

Today the valley is still scattered with monasteries, hermitages and cave churches that are open to explore. Most of the villages perched atop the cliffs surrounding the valley remain almost exclusively Maronite.

Because of its natural beauty and rich heritage the Qadisha Valley was recognized as a World Heritage site by Unesco in 1998.

A good section of the only road actually within the Qadisha Valley… The valley is nearly 50km long: 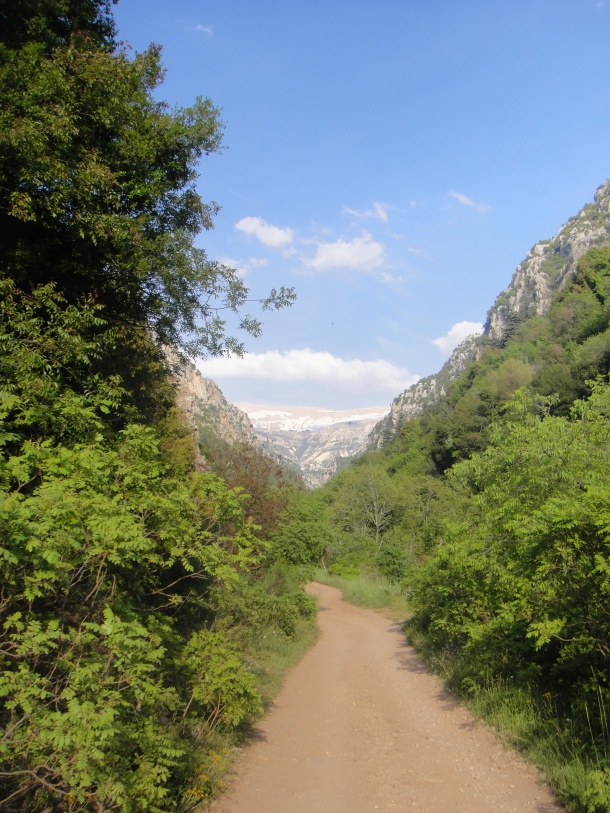 Here is a map of the valley and surrounding area so you can get a better sense of the layout… Click on the map to bring it up to full size:

The steep cliffs lining the valley make for some impressive scenery: 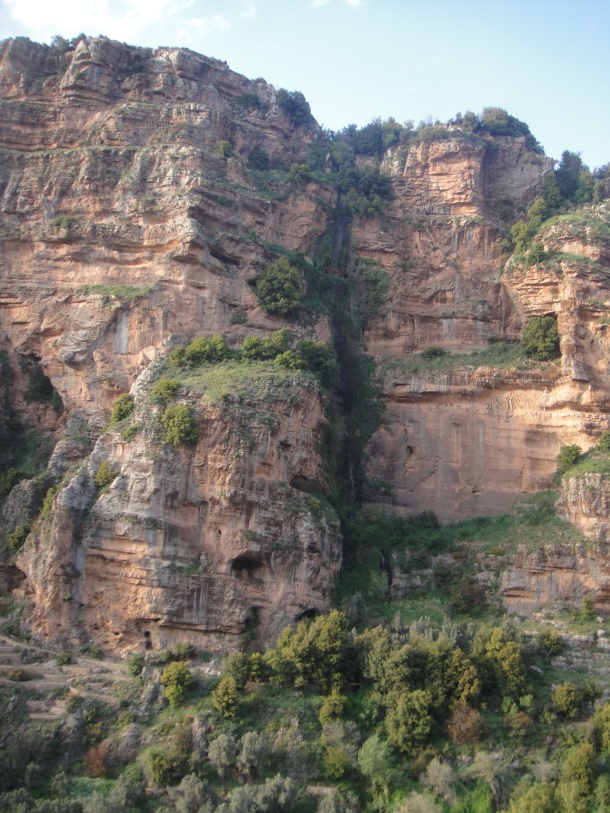 I thought this waterfall framed by a natural bridge was pretty impressive:

Even with a 4WD, vehicles are only able to make it to the entrance of the Qadisha Valley. The rest of the valley must be covered on foot… Supplies are brought in by teams of donkeys such as those you see below:

It is remarkable to me that people are able to scratch out an existence on such steep cliffs and in such a remote area: 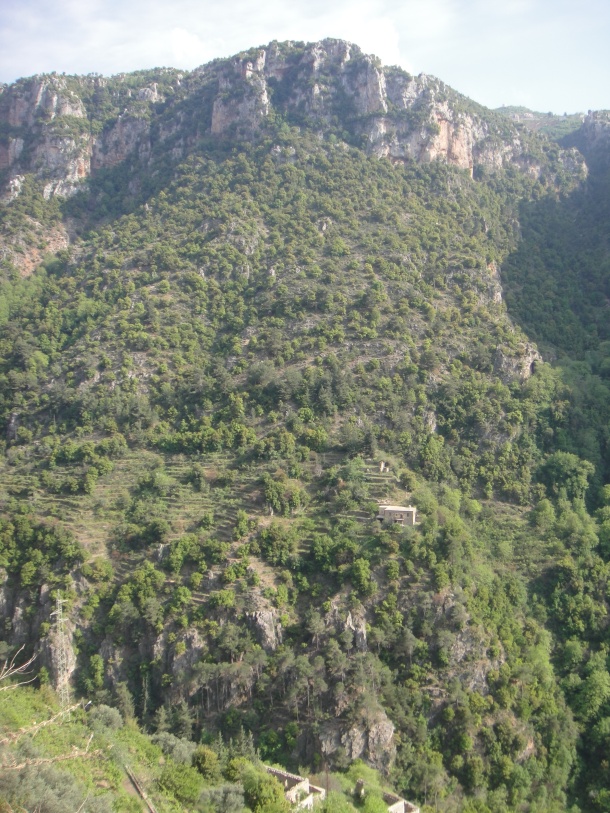 One of the monasteries in the valley:

At least one modern-day hermit has made his home in the Qadisha Valley. Father Dario Escobar, who inhabits a hidden cave cell near one of the rock-cut chapels, is a 75-year-old Colombian monk who is happy to call the Qadisha his home. Though he’ll hospitably open the door to passers-by, he values the tranquility and opportunity for a simple existence afforded by life on the valley floor:

The best way to hike into the valley is to take one of the steep goat tracks that leads out of Bcharre and down to the valley below (if you can find them). Here is a view of the Qadisha Valley from the top as we were just starting our way down the cliffs:

A pretty, welcoming town in the heart on the edge of the Qadisha Valley, Bcharre is a good place to base yourself for a few days while exploring the valley below. Famous as the birthplace of Khalil (or Kahlil, as some locals insist) Gibran and the stronghold of the right-wing Maronite Christian Phalange party, the town is pleasant to explore and serves as a good place to stock up on provisions:

A view of Bcharre from across the Qadisha Valley:

And a similar view of Bcharre from across the valley with night settling in:

This road continuing beyond Bcharre leads over over Dahr el-Qadib and out to Baalbek. However, it is closed for most of the year due to snow:

Starting up the mountain on the road to Baalbek – it was almost summer when we visited:

This is where I stopped… The road had been cleared this far by a bulldozer, but I could see that the area just beyond this point had been buried under an avalanche: 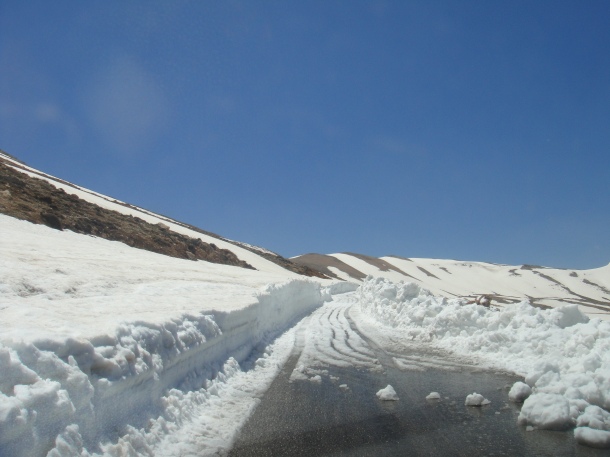 At the base of Dahr el-Qadib is this Lebanese military base:

10 thoughts on “Bcharre And The Qadisha Valley”