A Romanian soldier holds a machine gun while on guard outside the House of the People days after the December 1989 uprising, which marked the end of dictator Nicolae Ceausescu’s rule:

Security forces holding talks with Romanians following the execution of Ceausescu to see where to go next: 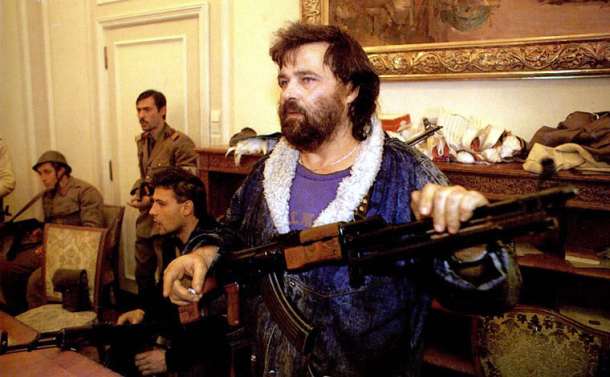 For more on Romania’s 1989 Revolution, I have an extensive post here.