Sitting in the largest and deepest basin in the world, the Dead Sea presents us with one of the most unique environments to be found on our planet.

This sign is found near the top of the cliffs that drop down to the Dead Sea… But, with its surface now almost 1,400 feet below sea level, it is still quite a journey from this point until one actually reaches the Dead Sea: 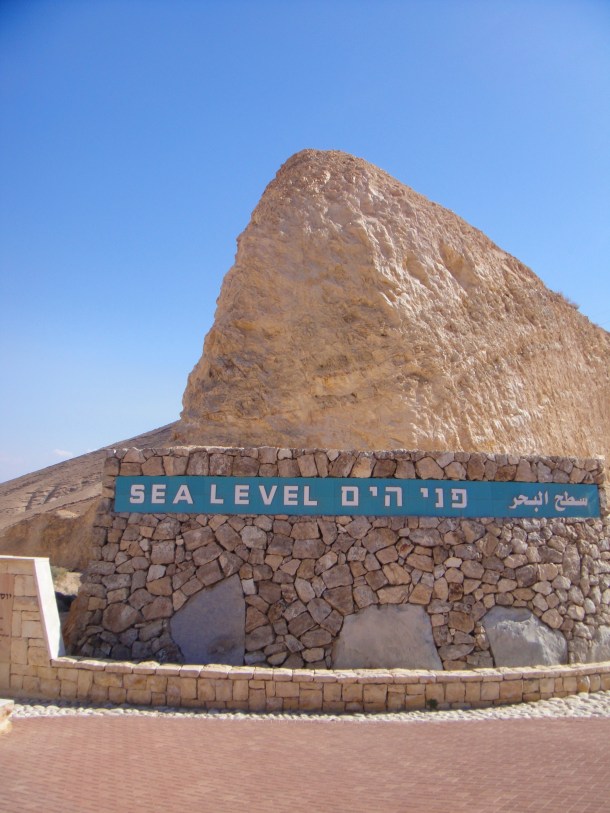 After passing the sign pictured above, one weaves down through these cliffs and canyons for many miles:

With the exception of places such as the Ein Gedi oasis, not much can survive down here:

And finally, when traveling along Route 90, one is given their first view of the Dead Sea: 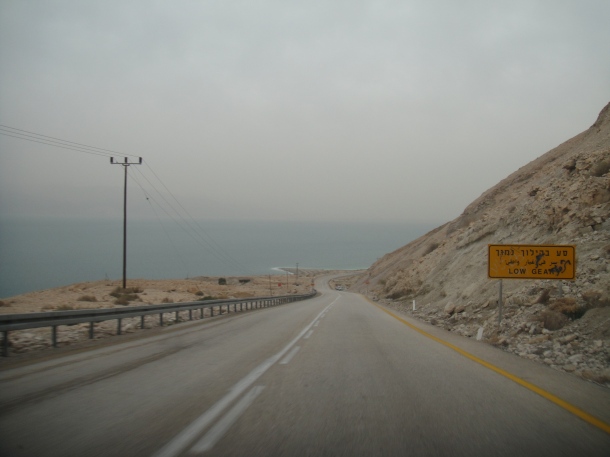 The ambience of the Dead Sea depends greatly on the weather of the day. This is a view out over the Dead Sea toward Jordan on the day of a significant sandstorm:

And then the Dead Sea on a sunny day…

Sunny or not, it isn’t easy to forget where you are:

Just last year, the Israeli military intercepted Palestinian arms smugglers that had been ferrying their products across the Dead Sea to the West Bank from Jordan in rubber rafts.

But most people don’t come to smuggle or kill… 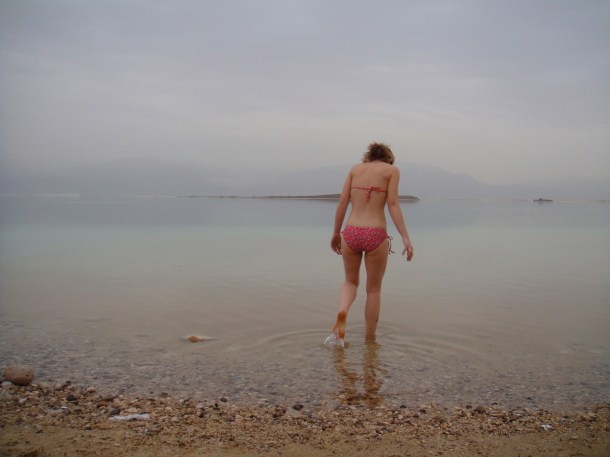 I am of the opinion that most of the claims of miraculous rejuvenation of the soul, skin purification, etc. are nonsense. Nevertheless, the Dead Sea remains immensely popular with overweight, overtanned Eastern Europeans.

At the southern end of the Dead Sea can be found a cluster of modern hotels imposed upon the desert in a tourist enclave named Ein Bokek: 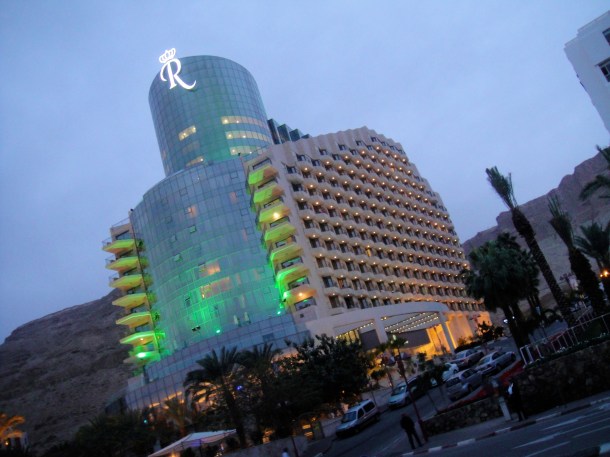 Tourists abandoning the shores of the Dead Sea as evening falls:

Over the past several decades, the water level of the Dead Sea has been decreasing dramatically. And in just the last two decades, the Dead Sea has shrunk by a third. This swift recession of the water levels has left massive sinkholes in its wake and has spiked the already extremely salty waters of the sea to a level where even the extraordinary one-celled microbes that long ago adapted to this poisonous environment are dying off.

This drop in the water levels is a consequence of Israel, Jordan and Syria diverting almost all of the waters of the Jordan River for people to be able to have lawns in the desert and for industrial agriculture.

One proposed solution is to construct a canal from the Red Sea to the Dead Sea – the “Red to Dead” solution – but with current events being what they are in the region, I view it as extremely unlikely that this will be happening anytime soon.

The level of salt in the Dead Sea is 8.6 times that of the planet’s oceans. And this salt coats everything the waters come in contact with: 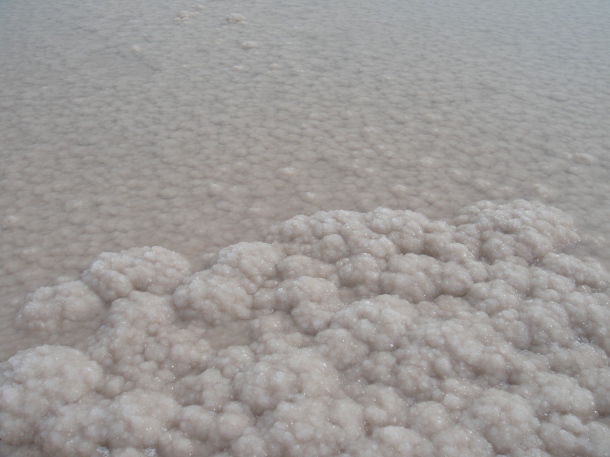 A closeup of the salt crystals:

Like the glaciers, I’m not sure how much longer the Dead Sea will be around. So, I’m glad I saw it when I did.

5 thoughts on “The Dead Sea: The Lowest Place On Earth”