Readers will no doubt recall that NATO initiated bombing strikes against Serbia on March 24th, 1999 as a result of events in Kosovo… The bombing lasted for 78 days.

Several American aircraft – some manned and some unmanned – were shot down by Serbian forces during the more than 38,000 combat missions flown over Serbia during this period.

Interestingly, the remains of all of this hardware are on display at Belgrade’s Aeronautical Museum, which is connected to Nikola Tesla Airport.

Naturally, The Velvet Rocket staff were curious about this display.

There is not a lot of information in the public domain from NATO about this particular Predator UAV (pictured below) that was shot down. Many aspects of the American drone program are still classified (and in 1999 that was especially true). So, we have to rely on the Serbs for details on this one. And according to Serbian sources, this Predator was shot down by a Serbian Strela-1M surface-to-air missile over the village of Biba.

Offensive capabilities had not yet been developed for Predator UAVs in 1999. So, this Predator would have been conducting surveillance and reconnaissance missions.

Overall, several Predators were shot down or lost during the Balkans campaign:

Below is the sign accompanying the Predator on display… Some think the “R” in the aircraft designation is a typo. It is not. The Predator system was initially designated the RQ-1 Predator. The “R” is the US Department of Defense designation for reconnaissance and the “Q” refers to an unmanned aircraft system. The “1” describes it as being the first of a series of aircraft systems built for unmanned reconnaissance. It was not until 2002 that the US Air Force officially changed the designation to MQ-1 – the “M” standing for multi-role – to reflect its growing capabilities: 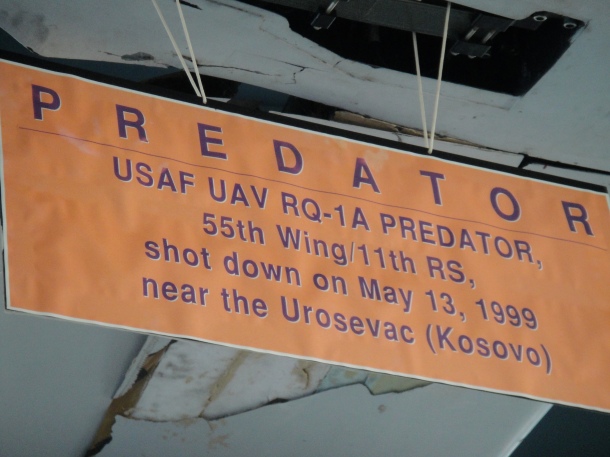 Tomahawk missiles are not cloaked in secrecy, but more than 200 Tomahawk cruise missiles were fired by American ships and a British submarine at Serbian targets during the spring offensive in 1999. So, it is difficult to gather details regarding this particular Tomahawk and what its mission was. All we know is that it was shot down on March 24th, 1999 in the opening hours of the bombing campaign, before Serbian air defense capabilities had been significantly degraded:

On the night of May 2nd, 1999, a US Air Force F-16CG was shot down over Serbia… The pilot, Lt. Col. David Goldfein, was returning from a bombing mission near the Novi Sad area of Serbia when an S-125 Neva SAM (surface-to-air missile) exploded near his aircraft. The damage from the exploding missile destroyed the engine of the F-16CG, essentially turning it into a very expensive glider. The pilot ejected from the aircraft and was later rescued by an American combat search-and-rescue (CSAR) team.

An audio recording of the last several minutes of cockpit radio communications when the F-16CG is shot down can be heard here. I found the self-control and presence of mind of the pilot to be impressive (He only says “shit” once). An article in which Goldfein describes the experience and the aftermath can be read here.

Also, we are fortunate in that a picture exists of the aircraft before it was shot down: 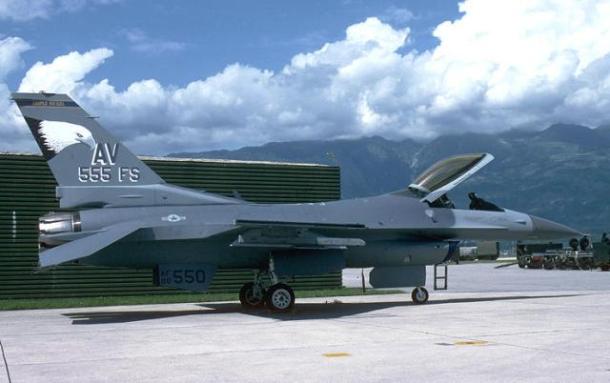 [Photo was taken by Alec Fushi]

Now, the crown jewels in the museum’s collection of American wreckage are undoubtedly the remains of the F-117A Nighthawk stealth aircraft that was shot down on the night of March 27th, 1999…

Piloted by Lt. Col. Dale Zelko, the F-117A was badly damaged by a Soviet-made SA-3 Goa surface-to-air missile, causing the stealth aircraft to spin out of control. Given the intense forces generated by the tumbling Nighthawk, Lt. Col. Zelko was barely able to eject from the aircraft. And as if to demonstrate how out of control it was, the Nighthawk struck the ground in an inverted position.

Below are what remains of the left wing of the aircraft: 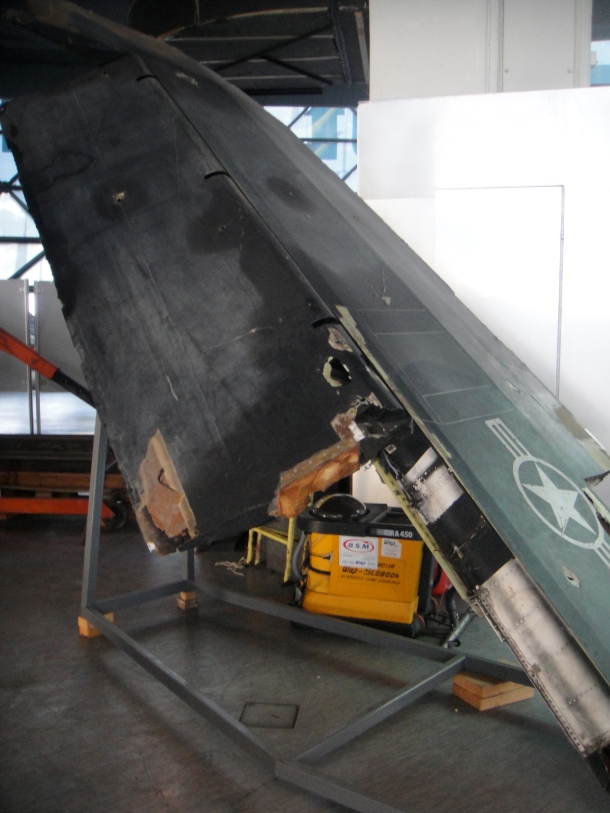 Next to the wing is a glass display cabinet featuring the aircraft canopy, the ejection seat, Zelko’s helmet and part of his survival kit (Zelko was rescued several hours after ejecting by American forces).

Zoltan Dani and Dale Zelko, now retired from the US Air Force, have met and developed a friendship in recent years.

This was the first time that a stealth aircraft had been shot down in the history of military aviation. And was the only time that an F-117 was ever shot down during its operational service.

However, that one incident may have had significant consequences beyond the simple loss of a costly aircraft and a blow to American confidence… It may have been one of the most expensive military leaks in history.

8 thoughts on “American Aircraft Shot Down By Serbia In 1999”