A view down into the city of Nablus from Mount Gerizim:

Upon making the offhand comment in Israel that we were traveling to Nablus, the reaction was almost always one of horror and a warning that Nablus was full of militants and/or terrorists.  I suppose this is somewhat understandable. The Battle of Nablus that took place during the Second Intifada (according to the United Nations Office for the Coordination of Humanitarian Affairs, 522 residents of Nablus and surrounding refugee camps, including civilians, were killed and 3,104 injured during IDF military operations against militants during the Second Intifada) is still relatively fresh in most Israeli minds and the checkpoints that restricted access to the city were just recently removed…

However, I think what would strike most visitors – be they Israeli or otherwise – is just how normal everything appears on the surface.

Hiking down into the city from Mount Gerizim after visiting the Samaritans: 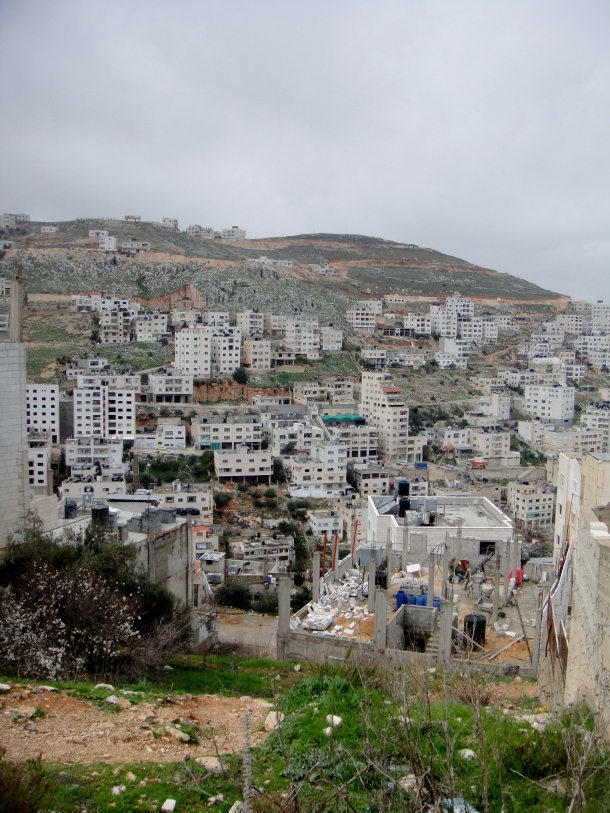 Something that was funny was that as we were hiking down the mountain, literally every vehicle that passed by stopped to see if we needed a ride. We were enjoying the walk and so declined as politely as possible given the language barrier.

However, the skies eventually opened up on us and a torrential downpour started. Fortunately, a car came by right at that moment and stopped immediately for us. This time we accepted the offer of a ride and piled into an already full car with a family headed to the casbah in Nablus. Given how full the car was, it must have been awkward for them to accommodate us and neither side spoke a word of the other’s language. Regardless, there were endless smiles and friendly attempts at conversation with hand gestures and universal words. And as the rain hammered down on the car for the duration of the drive, their hospitality was quite appreciated…

The modern downtown of Nablus: 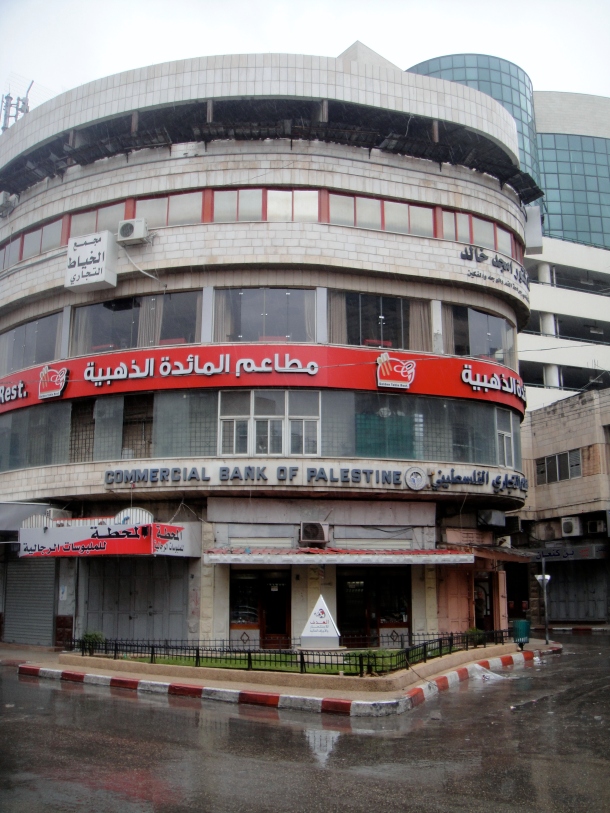 Even in the modern sections of Nablus, there are countless alleyways that can be explored: 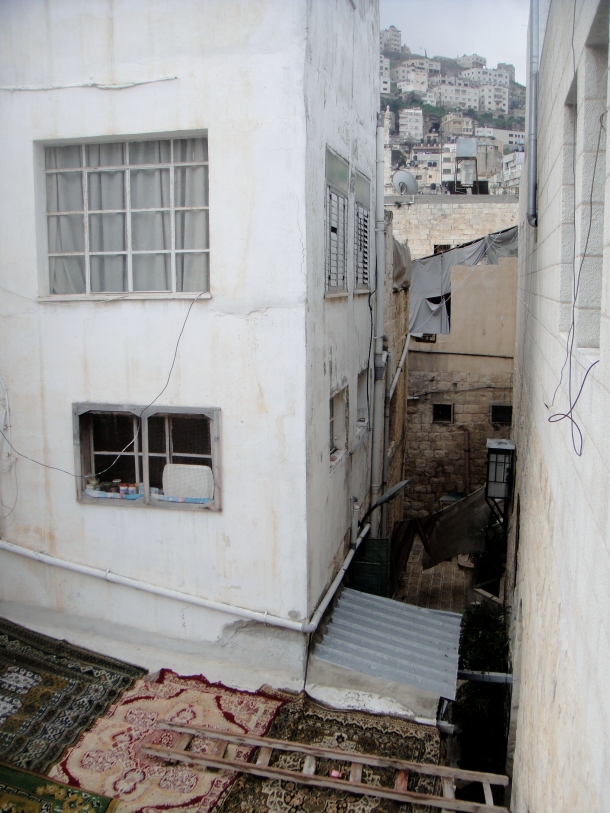 This is the infamous casbah in Nablus that the IDF General Staff were particularly concerned about when they were trying to contain the Second Intifada.  And it was indeed the scene of fierce fighting during Operation Defensive Shield in April 2002 when several Israeli brigades invaded, with 19 Israeli soldiers killed and at least 70 Palestinian fighters killed: 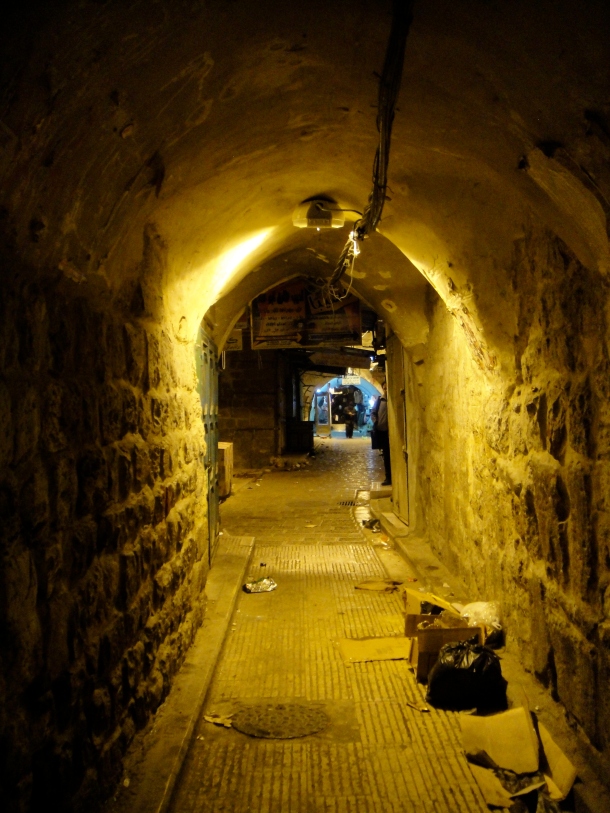 Originally built by the Romans, expanded by the Mamluks and Ottoman Turks, and now occupied by the Palestinians, the tunnels of Nablus’ casbah are absolutely sodden with history like most other sites in this part of the world:

Wandering through the casbah: 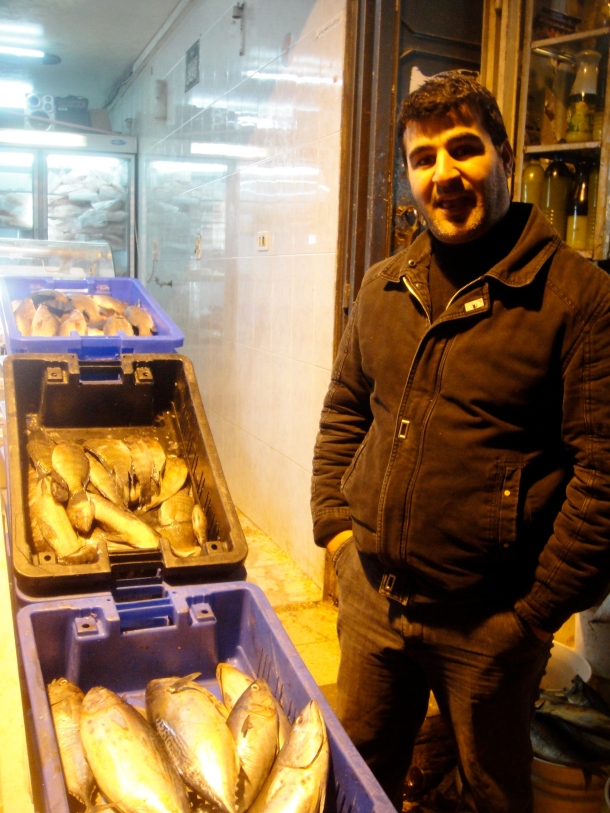 The guy’s hat made me chuckle. I don’t know if he understood the significance of the symbol or not, but I could just imagine an amusing backstory of some Western backpacker giving it to him: 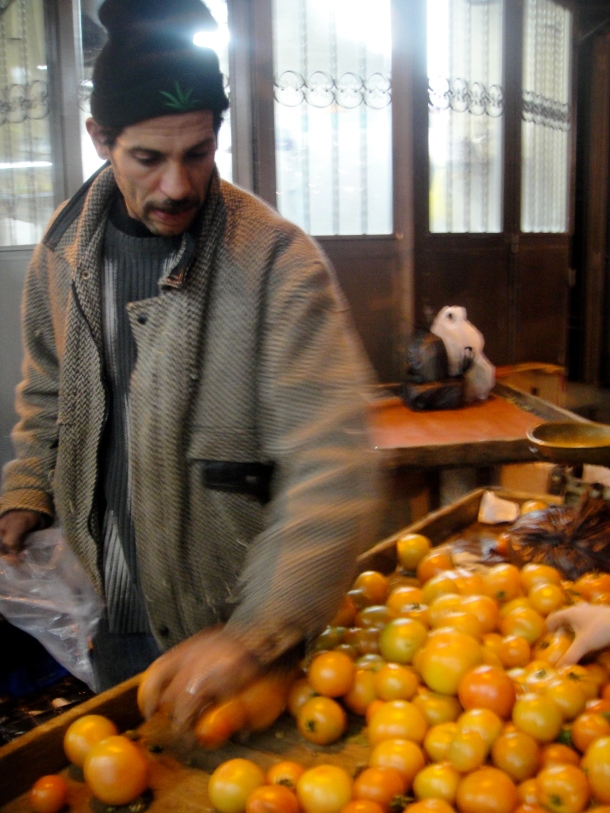 One thought on “Nablus”