This extraordinary palace is home to the embalmed bodies of Kim Il-sung and Kim Jong-il, which are on full display nestled inside glass sarcophagi:

Now, photography or recording of any kind is strictly forbidden inside and if there is one place in North Korea where you don’t want to fuck around, this is it. So, regrettably, I have no pictures to share of the inside.

However, bear in mind that the Kim family are given the same status in North Korean society as gods. So, if you contemplate some of the cathedrals that were built across Europe or some of the grand mosques of the world or the structures built by the ancient Greeks and Romans for their gods, you’ll be on the right track for having an idea of what it’s like inside.

A more detailed description of the experience can be found here.

It’s something pretty special for North Koreans to have their picture taken in front of the palace and so there is an endless lineup of school groups and military units waiting for their chance to occupy the prime spot in front for a portrait. It’s entertaining to watch…

The girls primping to get ready to have their portrait taken:

Perfectly poised now for the portrait: 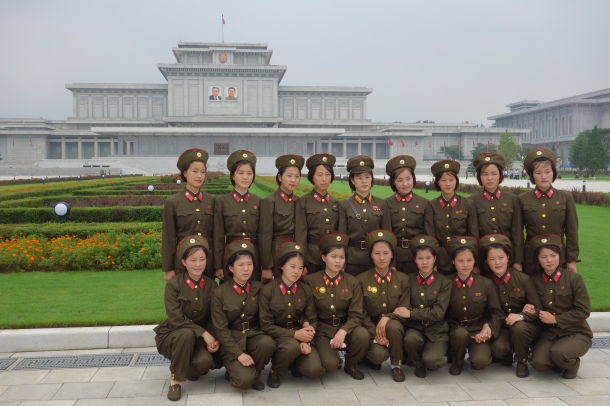 A North Korean school group having their picture taken: 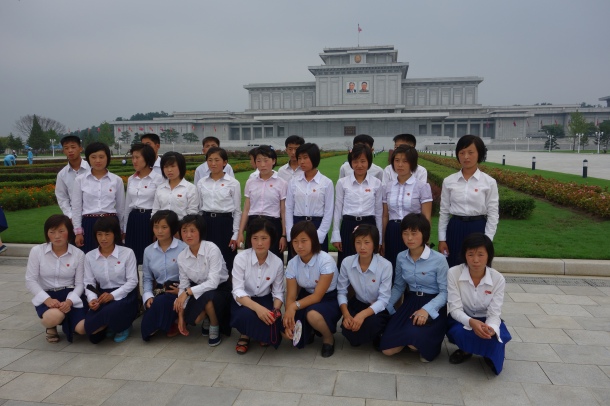