It seems that not many people are aware of what a treasure Sudan is for the field of archaeology.  The only reason it doesn’t get more attention is because it is, well, Sudan.

The pyramids at Nuri are just one example… Built at the peak of Nubian power after their heroic march north to not only cast off their Egyptian rulers, but to conquer most of ancient Egypt itself, the pyramids are today neglected and have barely been explored. Anyone that makes their way out here will almost certainly have the site to themselves: 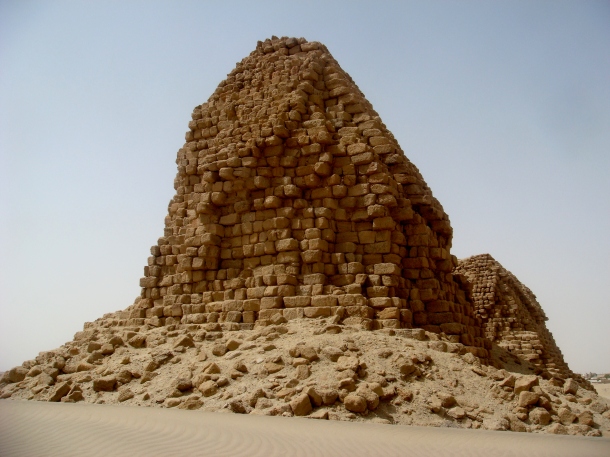 A closeup of the red sandstone bricks that make up the majority of the structure of the pyramids:

The first, and most significant, ruler buried here was the Pharaoh Taharqa of the 25th Dynasty. Naturally, his tomb, along with all of the others, was looted thousands of years ago: 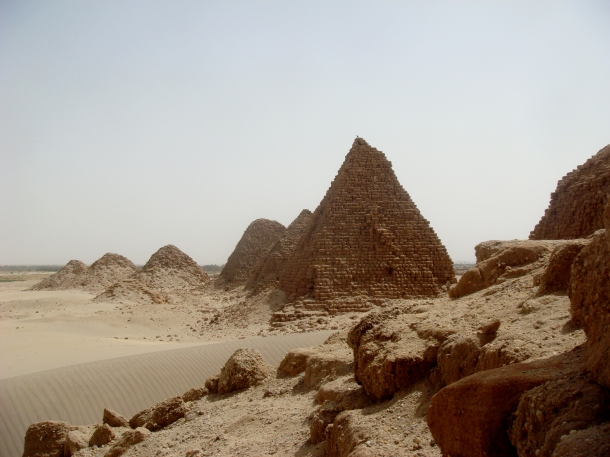 The additional pyramids were constructed for other kings, the mothers of the kings as well as the wives of the kings and a scattering of others of lesser rank. Death is a great equalizer though, no? Regardless of the rank they held during their lives, they are all dead now:

There have been 82 tombs discovered at Nuri so far with most, but not all, incorporating a pyramid. The last burial here is thought to have taken place around 310 BC:

2 thoughts on “The Nuri Pyramids Of Sudan”