Our Peshmerga friends in the Hiza Agre Fire Force Unit 80 just sent these pictures over to us, which The Velvet Rocket audience may find interesting…

A group of suspected Islamic State members detained by Hiza Agre volunteers this morning while trying to sneak across the front lines from the ISIS-controlled territory around Mosul: 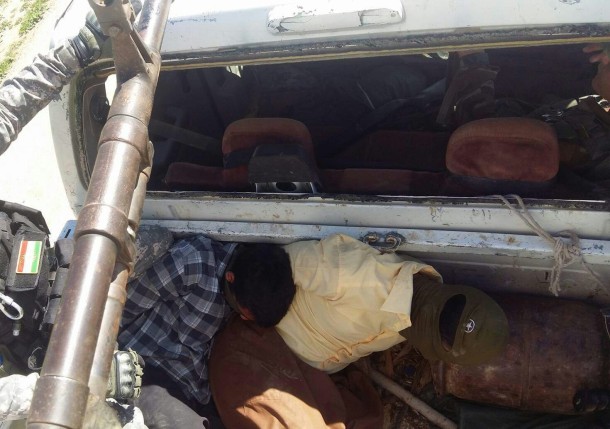 Comprised entirely of volunteers, and operating on a shoestring budget, the Hiza Agre forces believe that the Islamic State is infiltrating sleeper cells into Arab villages in Kurdistan at night. However, lacking any night vision equipment, they are unable to stop such infiltration by the better equipped ISIS fighters who do possess night vision equipment.

3 thoughts on “Capture Of Suspected ISIS Fighters Near Mosul”