This waterfall may look pretty and innocent in a low-water environment, but it kicked my ass the first time I came through here by bashing me against those rocks.

I was extremely curious about this bridge the last time I came through this section, but in my wretched state, I just wasn’t in a position to explore this area properly. I promised myself that I would return one day and explore it appropriately. I did so on this trip, but I can’t say that many questions were answered.

My curiosity stems from the fact that this bridge is in the middle of nowhere and is not connected to functioning roads anymore. However, the bridge is very solidly constructed and was obviously designed to endure some heavy loads. So, why the hell was it placed here and who did it? 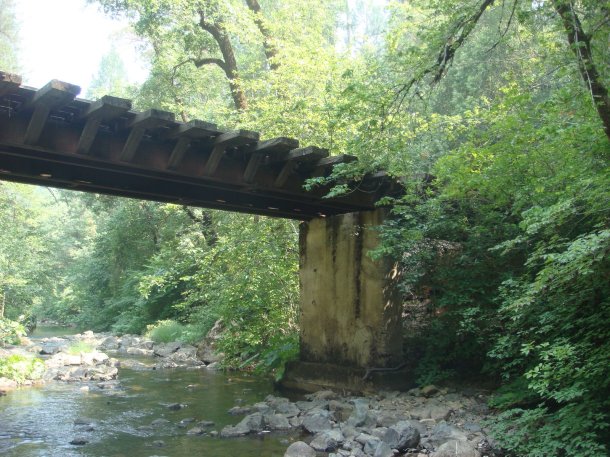 Follow the bridge to the east and it leads to this carefully constructed track up a steep hill. This section is paved and has notches cut in it (apparently to provide additional traction to a specific vehicle). However, this track simply runs into a modern dirt road that takes one to a home pictured below. 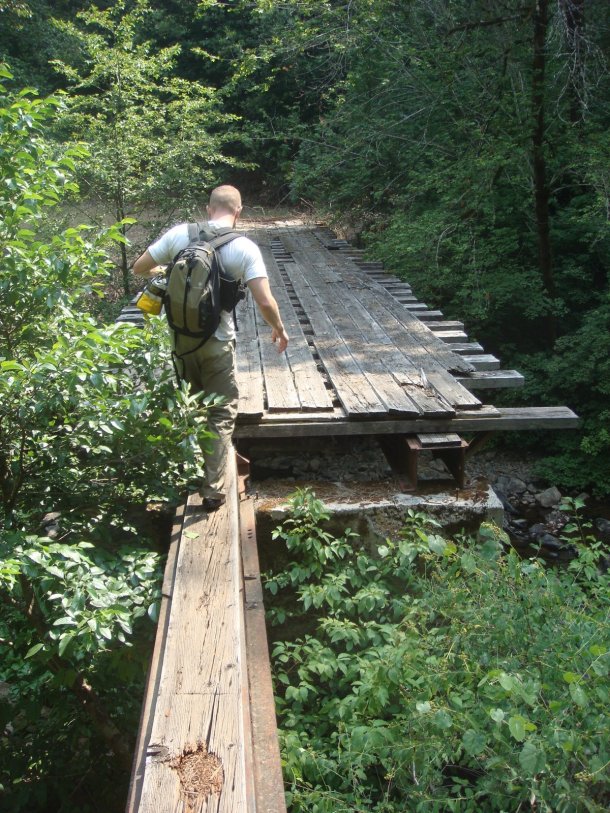 Which had a path that simply led to this recently logged area. So, no additional clues or facts about the bridge, but at least I know where the trails leading away from it take one. And I suppose the bridge must have been part of some logging or mining operation, but I don’t really know. Does anyone else?

This is the house I mentioned earlier and is one of the very few homes you will see on this journey (There were no homes when I made this journey the first time). 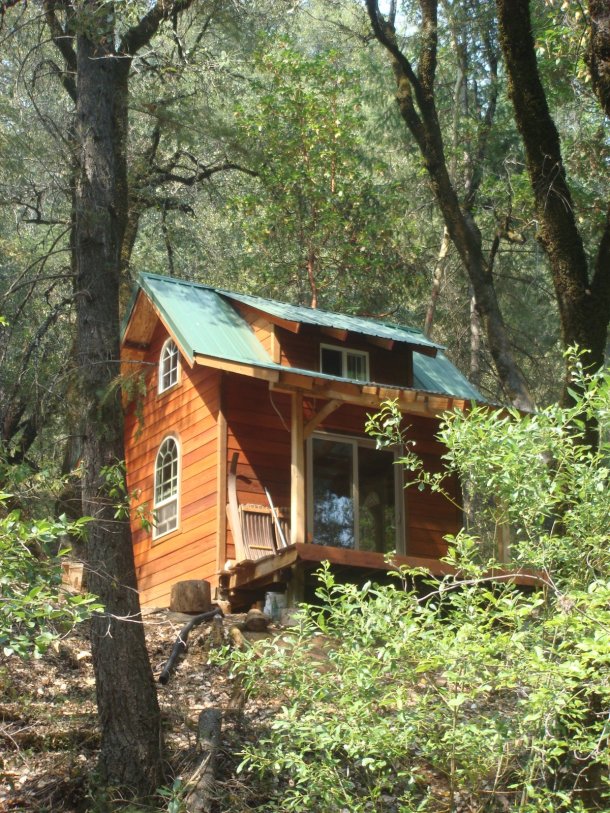 This section was quite nice as the bottom here was sandy and so we were able to move quite swiftly and with great comfort. Too bad this section lasted for about 50 feet before it was back to the boulders.

I was surprised when we came across these people, but they were much more surprised to see us. They said that over the previous ten years, they had only seen two other individuals make it down Dry Creek. And here we had just doubled their experience of the previous ten years. The property owners lived back from the creek and used Forsythe Road via Indiana Ranch Road for access. I had been curious about this because I knew there were no roads from Frenchtown Road accessing this area. 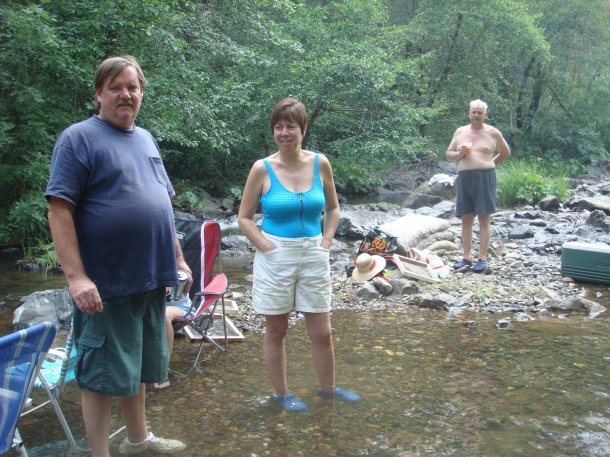 Once one gets past the Seven Heavenly Falls section, Dry Creek opens up for a while in a rocky canyon. 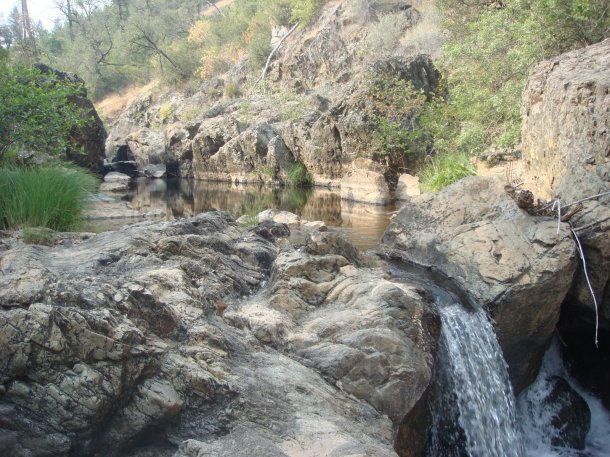 The last time I came through I noticed this ladder leading up out of the canyon and even though I was physically wrecked, I had to go up it to see where it led. It led (after leaving the ladder and following a carefully cut trail in the canyon wall) to an area above with manicured trails weaving through meticulously terraced manzanita bushes that served to hide the trails and everything else underneath them. As if that were not enough, one of the trails I followed for a brief distance took me to a helicopter landing pad overlooking the canyon and disguised by a ring of rocks. A marijuana plantation? That was my first guess, but I didn’t see any marijuana plants and it was prime growing season. However, in my pathetic condition I was in no state for handling any confrontations and I knew I had to push on anyway if I were going to survive this day. I was also concerned about the trail of blood I was leaving everywhere I went, which would have made tracking me very easy. So, I reluctantly departed. 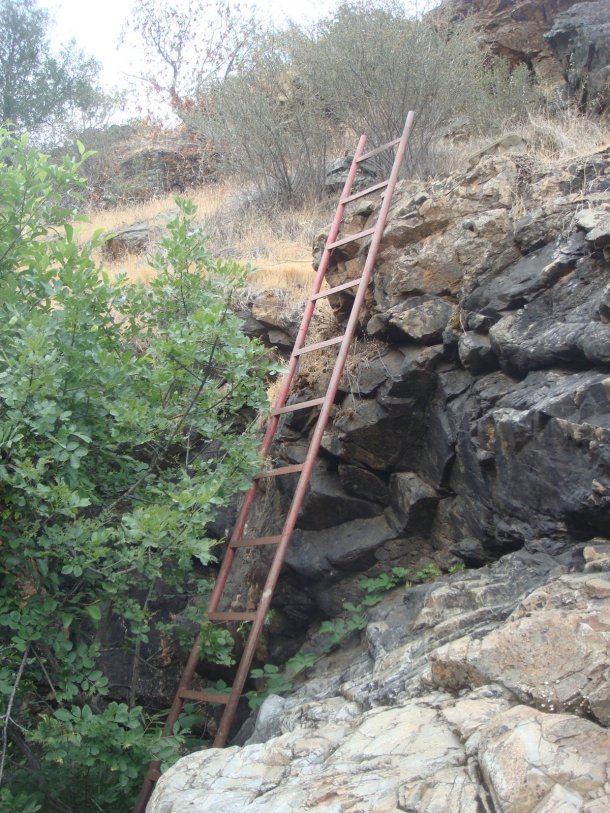 Cut to Trip 2 and I am more than ready for exploring this mysterious place and I don’t give a damn who or what is up there this time as my curiosity about this location (and my failure to properly explore it the first time) has been haunting me for years.

The first thing I noticed is that a fire that swept through here in 1998 has completely changed the terrain as all of the manzanita and other vegetation was burned away.

And when I climb the ladder (Brandon decided to stay down in the canyon) and the trail cut in the canyon wall, this yurt is the first thing I see where the helicopter landing pad used to be.

I tested the door to the yurt and it was unlocked. So, naturally I had to look around inside. Nothing remarkable in here. 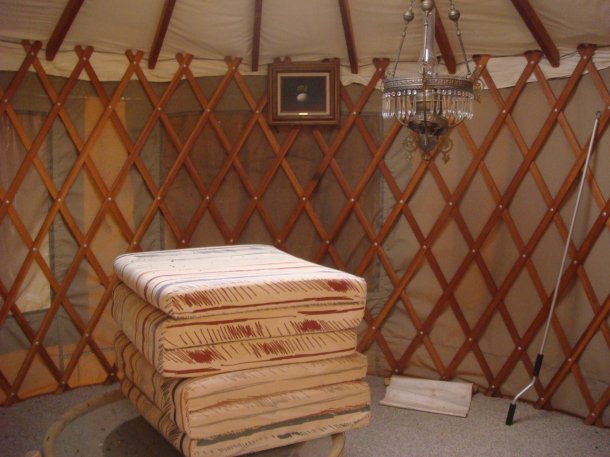 This curious building (nothing inside) is along the edge of where one of the trails used to run.

As is this structure

And this solar panel

Once back down, I noticed this electric pump used to draw water from Dry Creek up to the area I had just surveyed. 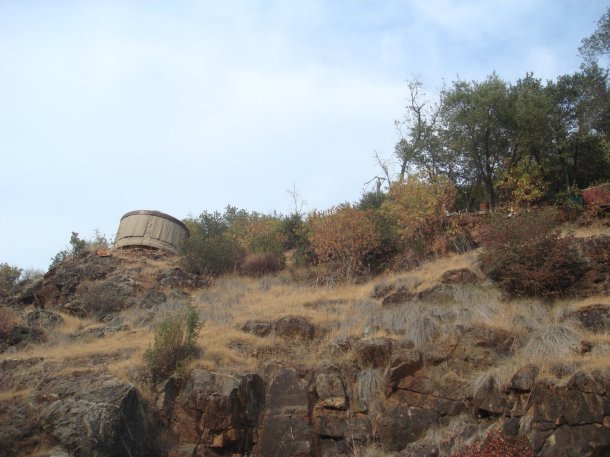 So, what is it? Now, I would say it is just a group of hippies with a nice place along the river. What was it when I came through before? I’m still not sure, but I don’t know many hippies with hidden helicopter landing pads on their property.

Learning from one of my most serious mistakes from the past trip, we avoided the miles of nearly impenetrable blackberry thickets ahead and exited via the meadow next to “Preacher Pearson’s” old place. A lot that is now owned by Siller Brothers Co., I believe.

It was very, very nice to be able to call Amanda to come and retrieve us along Frenchtown Road, especially as I felt I had finally overcome Dry Creek by ending in much better condition and exploring the unexplored areas from last time as much as reasonably possible. Plus I’m single at the moment, so I didn’t have to go home to any domestic drama this time either.

Brandon’s take on the experience: “That was pretty tough”

And that from a dedicated Crossfit-training Marine in superb shape… A comment that made me feel more in awe of my first experience and I suppose goes to show that our bodies and minds are always capable of far more than we expect.