Okay, technically, Scales is not yet a ghost town as one to two homes here are still occupied. However, the town is certainly a shadow of its former self and is well on the way to “ghost town” status.

Scales is a part of that remote band of rapidly decaying (and often already disappeared) Gold Rush era towns, such as Poker Flat, Howland Flat and Port Wine, spanning the Plumas National Forest that I find so fascinating.

This is one of the homes (perhaps the only one?) that is still occupied in Scales:

I have seen it reported that this is a former hotel in Scales, but I cannot verify that: 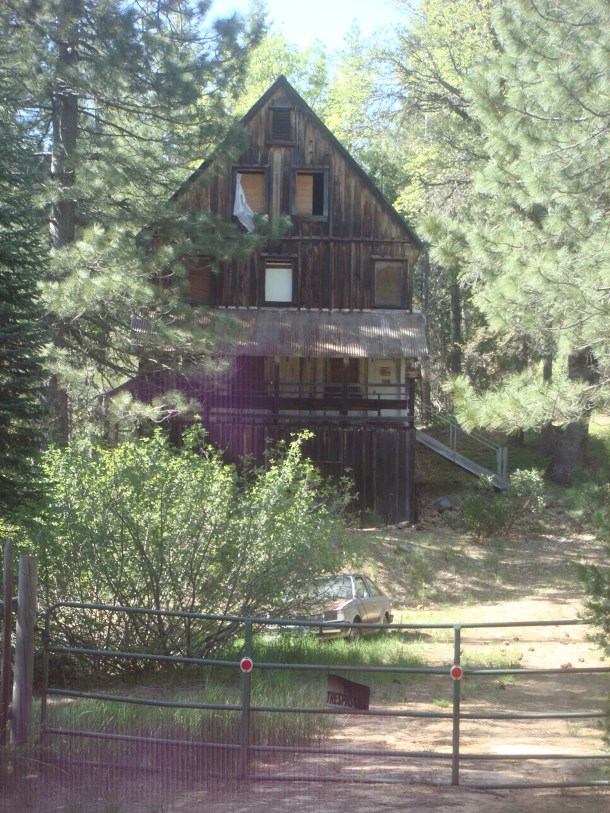 The cemetery at Scales:

A view down into the area of hydraulic mining on the edge of Scales:

I know that at least one of the mining operations in Scales was named the “Neocene Mine”.

It is interesting to me that there are so many of these sites around us that we pass by regularly and know nothing about.

Consider just the ghost towns in Yuba County… The above is not in Yuba County (the next county over), but I mention Yuba County as I knew nothing about these former towns listed below despite having grown up there and having an interest in history:

As far as I know, there is little to no trace of any of these towns left aside from maybe the name of a road. It makes me sentimental to think about these towns and their former inhabitants – The lives lived and lost, love found and then faded, plans, schemes and dreams formed and faded, conversations we’ll never know about, knowledge gained and now lost forever…

I suppose it is as the French say: Tout passé, tout cassé, tout lassé. Everything passes, everything breaks, everything wears out. Life is transient. We are but brief motes in time. The world about us will decay and vanish when the sun goes supernova. Everything we achieve or create will one day be dust.

Haha. I did not intend for that to turn into an epitaph for ghost towns. As I said earlier, I’ll update this Scales article when I have more information.