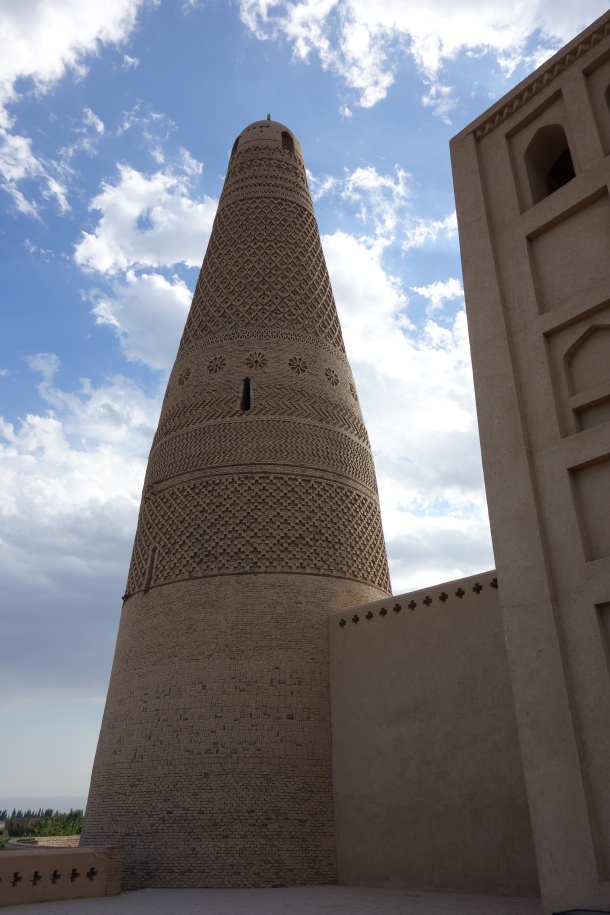 Located on the outskirts of Turpan, the Emin Minaret and Mosque were constructed in 1777 to honor a military general from Turpan, Emin Khoja (which is where the name derives from).

Designed by a Uighur architect, it was constructed using the local materials available at the time – brick and wood. The textured bricks were carefully shaped into intricate geometric and floral patterns:

At 144 feet (44 meters) high, the Emin Minaret is the tallest in China. Interestingly, the minaret has no levels – or stories – inside. Instead, the interior is entirely open with the exception of a brick pillar, which has steps spiraling around it to a small room at the top of the minaret.

Along this route to the top are 14 long, narrow openings for ventilation and lighting which are spaced at different heights and in different directions.

Connected to the minaret is the Emin Mosque (also known as the Su Gong Ta Mosque), which is one of the largest mosques in Xinjiang (but not comparable in size to the mosque in Kashgar):

Entering the mosque… Less well known than simple smoking, smorking is actually far more dangerous and is, thus forbidden at the site:

These wooden pillars and beams, which are supporting the exposed timber frame, date back to the 1700s when the mosque was originally built:

A view up to the Emin Minaret from one of the courtyards inside the mosque:

A different view of the minaret from back outside the walls of the mosque… As you can see, a cemetery wraps around the mosque: 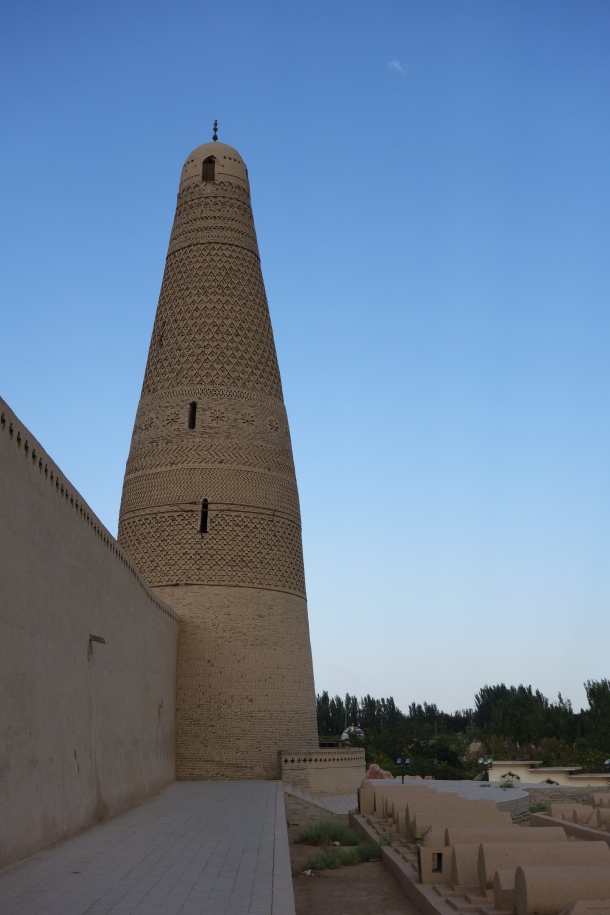 More views of the cemetery: 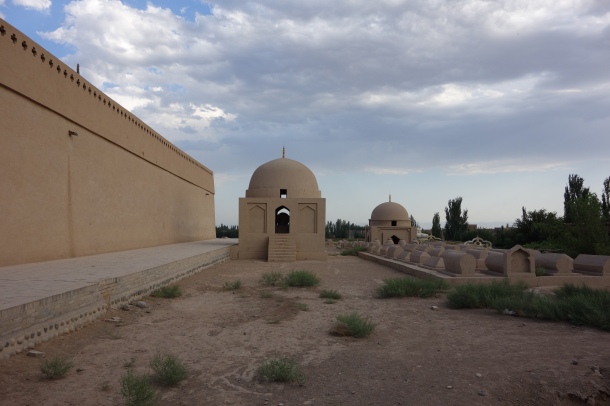 In the background of this view of the cemetery at the Emin Mosque, you can see evidence of the grape production for which Turpan is famous thanks to its karez water system:

4 thoughts on “The Emin Minaret (The Tallest Minaret in China)”